Clearing the path for foreign investors in Vietnam 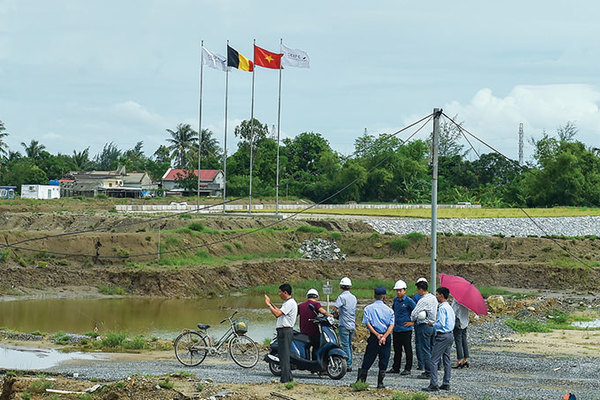 Lawyers at Yingke Vietnam, a subsidiary of Yingke Global, have been quite busy helping major foreign clients seeking investment opportunities in Vietnam.

Mr. Tony Hieu, Legal Manager at the company, told VET that a mere five months into its practice, the company plans to recruit more highly-specialized employees to meet the increasing workload.

“In addition to the move towards relocating production facilities to Vietnam, the country has also been active in signing bilateral and multilateral trade agreements in recent times that made its business environment more attractive to many foreign investors,” he explained.

Thirty-three China-based manufacturers have moved to Vietnam since June, preferring the country over Indonesia. Trade tensions affect export-oriented manufacturing sectors the most, so investors naturally head to places that are also export-oriented, according to Mr. Hieu.

“A progressive foreign investment policy supports Vietnam in directing an export-oriented growth strategy,” he said. His clients from China found suitable locations to set up production over the last few months and the company is now handling administrative procedures for investment certificates. Other foreign investment projects have also been completed in certain provinces in Vietnam.

The project has investment of $50 million and is expected to create 3,000-4,000 jobs once operational. The group currently has 6,000 outlets in 120 countries and territories around the world.

Malaysian glove maker Top Glove will invest $24.5 million in building its first plant in Vietnam by 2020 with a total capacity of 4 billion polyvinyl chloride gloves a year.

The company expects global demand for gloves to continue rising by around 10 per cent and plans to build at least one or two new factories every year as well as remain open to merger and acquisition (M&A) and joint venture opportunities in related business.

It operates 40 factories across Asia, including one in China, and currently exports to 195 markets globally. 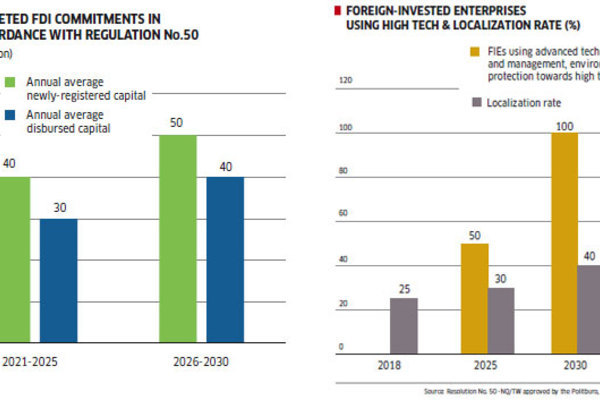 According to the Vietnam Chamber of Commerce and Industry (VCCI), Vietnam has been a success story in FDI attraction globally.

After 30 years of effort, FDI commitments now total $350 billion, averaging annual growth of 20 per cent - the highest of any sector in the economy.

Through these, Vietnam has created an important legal basis for attracting and using FDI, according to Deputy Minister of Planning and Investment Vu Dai Thang. FDI has become an important funding source for Vietnam’s socioeconomic development, serving as an important source of capital for the country’s social investment and contributing to increasing productivity.

Besides the positive aspects, FDI also has certain limitations and after more than 30 years the country’s position has changed, Mr. Thang said.

Vietnam has many options to choose from and it is time for it to prioritize the selection of businesses and projects that are appropriate to the development strategy in terms of science and technology.

This is part of the Politburo’s Resolution No. 50, providing guidance on perfecting the legal framework and policies towards greater efficiency in foreign investment to 2030.

Dr. Le Xuan Sang, Deputy Director of Vietnam Institute of Economics, said that the resolution is essential to help improve the efficiency and effectiveness of State management over FDI in the current context.

Vietnam needs to effectively address new factors that are both uncertain and sensitive and at the same time fully resolve existing limitations that are yet to be properly tackled. Such new factors include trade flows, investment being poured into Vietnam to avoid the impact of US-China trade tensions, exploring opportunities from the implementation of free trade agreements (the Comprehensive and Progressive Agreement for Trans-Pacific Partnership and the EU-Vietnam Free Trade Agreement), and supervising and effectively handling sensitive issues relating to workers and the establishment and operation of independent trade unions at foreign-invested enterprises (FIEs) in accordance with new-generation agreements.

Resolution No. 50 affirms that the foreign-invested economic sector is an important component of Vietnam’s economy and so should be encouraged and facilitated for long-term development and fair cooperation and competition with other economic sectors.

The State respects and protects the legitimate rights and interests of investors and ensures the harmonization of interests between the State, investors, and employees.

The resolution also states that it is necessary to proactively attract and selectively cooperate with foreign investment, taking quality, efficiency, technology, and environmental protection as the main evaluation criteria.

ANT Consulting has opined that the State will implement a combination of foreign investment attraction and cooperation. In addition, it is necessary to build institutions and policies on foreign investment in accordance with development trends, approach international standards and harmonize international commitments, ensure consistency, publicity, transparency and competition, and strengthen the Party’s socio-political leadership in completing, enforcing, and supervising the implementation of institutions and policies on attracting and cooperating with foreign investment.

Mr. Ryotaro Imaizumi, a representative from the Hojitsu Vietnam Co., Ltd, which specializes in low temperature black plating and clothing exports and imports, told VET that the new resolution in particular helps support industries like his company.

“Support industries are also important, but I think that the production of high-quality steel materials such as iron and aluminum should be promoted first,” he said.

Established in December 2017, Hojitsu Vietnam has a factory with registered capital of $300,000 at the Dong Van III Industrial Park in northern Ha Nam province. First-year revenue was approximately $360,000, and business partners include Japanese manufacturers such as Iko Thompson Vietnam, the Osco International Co., and the Hashima Vietnam Co.

From the perspective of a consulting company, Mr. Tuan Nguyen, Managing Director of ANT Consulting, told VET that most regulations are beneficial to foreign investors, such as investment incentive policies and ensuring the rights, obligations and related benefits of foreign investors in the country.

“They also help create an advanced investment environment with technical products, protect the environment and natural resources, save energy in accordance with regional and international standards, and minimize outdated technology, which potentially causes environmental pollution and resource abuse,” he said.

“Overall, we found that the proposed solutions are feasible, consistent with the orientation of the State, the actual situation, and the activities of foreign investors. The only problem is the time needed to implement them effectively and synchronously.”

Vietnam has a population of 96 million and has what is considered a “golden population structure”, with increasing numbers of skilled laborers that have worked and been trained in advanced countries, while the minimum wage required by law is favorable for foreign investors, according to Mr. Tuan.

“As such, the State has adopted a solution of reasonably adjusting the minimum wage gap between regions to limit labor concentration in big cities,” he said.

“In addition, by encouraging FIEs to train and improve workplace skills and qualifications, we believe that the quality of skilled workers will be gradually improved. The government may also consider reducing time spent on theory training and improving in-depth training in skills.”

Vietnam has more advantages in terms of politics, economy, society, infrastructure, and geographical position than other developing countries in the region, so has solid prospects for attracting and cooperating with foreign investors into the future.

“We are of the opinion that foreign investors will continue to focus on processing and manufacturing, real estate, and science and technology,” Mr. Tuan said. Due to good infrastructure and availability of workers, Hanoi, Ho Chi Minh City, and Binh Duong, Dong Nai, and Bac Ninh provinces will continue to attract the most FDI to 2020.

Mr. Hieu said that FDI inflows into Vietnam will increase in the years to come. Stricter management, however, should not mean prolonged administrative procedures. “Tightening management but shortening compliance will attract foreign investors to Vietnam,” he said. VN Economic Times

The growth and openness of the economy have made Vietnam an attractive retail market for both domestic and foreign retailers.