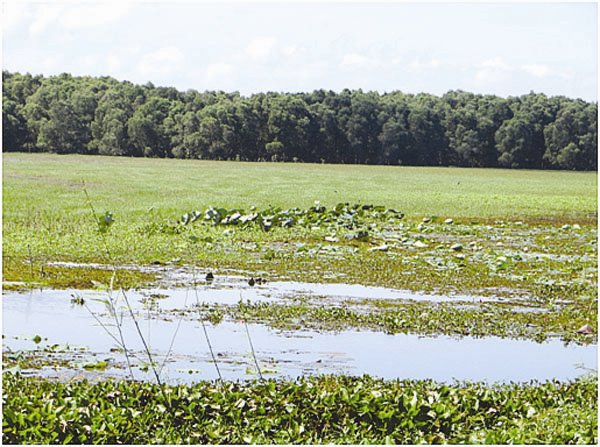 The growth rate declined in the 2010-2016 period, especially in the last three years, with considerable decreases in 2015 and 2016 due to climate change effects.

The volume of water flowing to the delta has decreased seriously. The Mekong Delta lives on agriculture and fisheries, with services and industries all related to farm produce distribution and processing.

Le Anh Tuan from Can Tho University, in his article on Thoi Bao Kinh Te Sai Gon, warned that 2017 would continue to be a difficult year for agricultural production in the Mekong Delta due to problems in water supply. Water resources have been diminishing rapidly since 2000.

When rains finished in December 2016 and early 2017, signs of water shortage and saline intrusion at estuaries began appearing.

In late January 2017, the salinity measured in the area 20-25 kilometers from the coastline to the mainland was 2 percent. It is expected to increase rapidly in the dry season.

With salinity, it would be a difficult task to provide fresh water for daily life and agricultural production to coastal communes.

Another big challenge for the Mekong Delta is air and water pollution caused by industrial production. Lee & Man Paper Complex in Hau Giang province plans to put a 420,000 ton per annum packaging paper plant in 2017.

This will spread air pollution to the entire region. Industrial and energy activities will take away a big volume of clean water in Mekong Delta, which is suffering from a water shortage.

Migration has become a thorny issue for Mekong Delta. Just in the last five years, the population flow from rural areas to urban areas and industrial zones has increased by 10-15 times compared with 40 years ago.

A survey by DRAGON Institute, of Can Tho University, conducted six to seven years ago, showed that only 25-30 percent of polled people showed concern about water resources, hydropower dams on the upper course of the Mekong Rivet, pollution and climate change. Meanwhile, the figure is now 80-85 percent.