For the first time in 10 years of the ranking called the VNR500, a list of the 500 largest Vietnamese companies, private businesses have shown stronger growth in comparison with SOEs (state owned enterprises) and FIEs (foreign invested enterprises).

VietNamNet Bridge - For the first time in 10 years of the ranking called the VNR500, a list of the 500 largest Vietnamese companies, private businesses have shown stronger growth in comparison with SOEs (state owned enterprises) and FIEs (foreign invested enterprises). 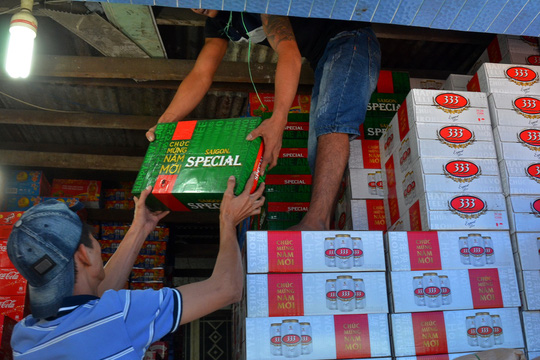 MOIT has sold 53.59 percent of its stake in Sabeco


In 2007, when Viet Nam Report released the first VNR500 report, private businesses only accounted for 20 percent of the total 500 enterprises. After 10 years, the proportion soared to 50 percent.

“The business environment and the accelerated equitization process were the major reasons behind the increase in the number of private enterprises and revenue in 2017,” said Phung Hoang Co, deputy chair of the Viet Nam Report.

Private businesses have admitted big changes in the business environment. About 50 percent of VNR500 enterprises in 2017 chose ‘good’ and ‘very good’ when answering questions about reform in legal procedures, capital, land and infrastructure access.

Many CEOs in the poll mentioned a 14-grade promotion in the business environment index in the WB’s 2018 Doing Business report thanks to reforms in tax payment & insurance procedures, improvements in electricity & capital access and in licensing formalities.
The commitments made by ministries and branches show that Vietnam still has opportunities to improve its business environment index in 2018.

And MOH has promised to eliminate 14 requirements on food production establishments. Meanwhile, the Ministry of Construction (MOC) has not only promised to cut sub-licenses, but also suggested weeding a series of business fields out of the list of conditional business fields.

“If ministries and branches fulfill their commitments and cut 30-50 percent of required business conditions, the opportunities for private economic sector to make a breakthrough are clear,” commented Vu Tien Loc, chair of the Vietnam Chamber of Commerce & Industry (VCCI).

“Once businesses are sure their paths will be smooth, they will be willing to pour money into long-term production and business plans, spend big money to improve technology and strive for large-scale production,” he said.

Despite the strong rise of private enterprises, the top 10 large Vietnamese companies are only state-owned economic groups and FIEs. Of the three major economic sectors, the state-owned sector had the biggest turnover in 2017, which accounted for 52 percent. The figure was 59 percent in 2016.