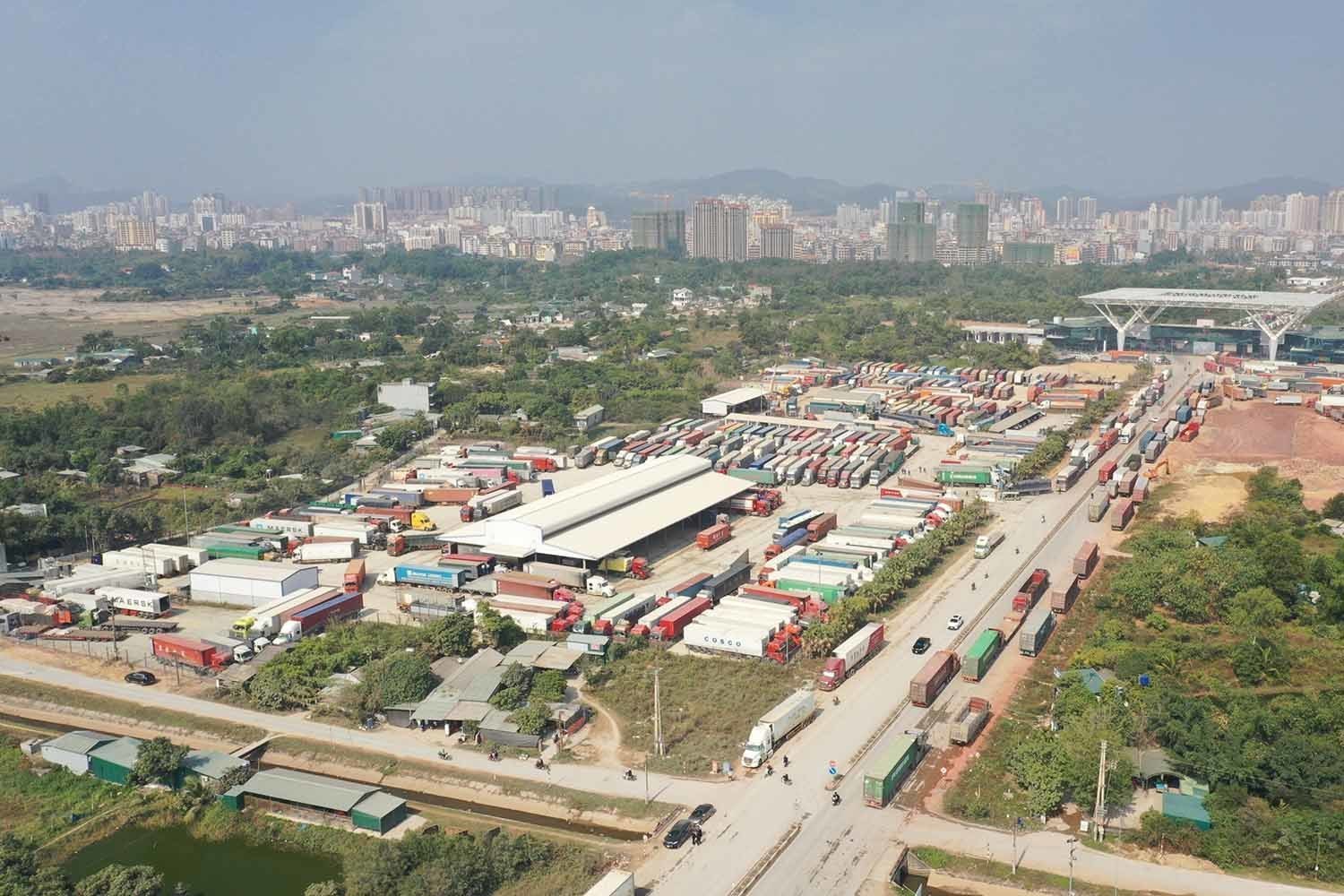 Farm produce carrying trucks get stuck at the border gate

However, the trucks carrying farm exports to China have been deadlocked at border gates for a month. This is mostly due to China’s new policy on tightening control over imports to prevent Covid-19.

More than 4,000 trucks are queuing up at the border gates of Tan Thanh, Huu Nghi and Chi Ma in Lang Son these days because of Chinese new policies. Meanwhile, more trucks are heading for the border areas.

In fact, congestion at border gates has occurred periodically in the last few years, especially when China changes its policies or tightens examination over imports. As a result, Vietnam’s farm produce experiences a price drop. As goods owners cannot wait many days at border gates, they bargain their products away.

The same situation is now occurring at border gates. As exports cannot go across the border, prices in the domestic market have dropped dramatically. 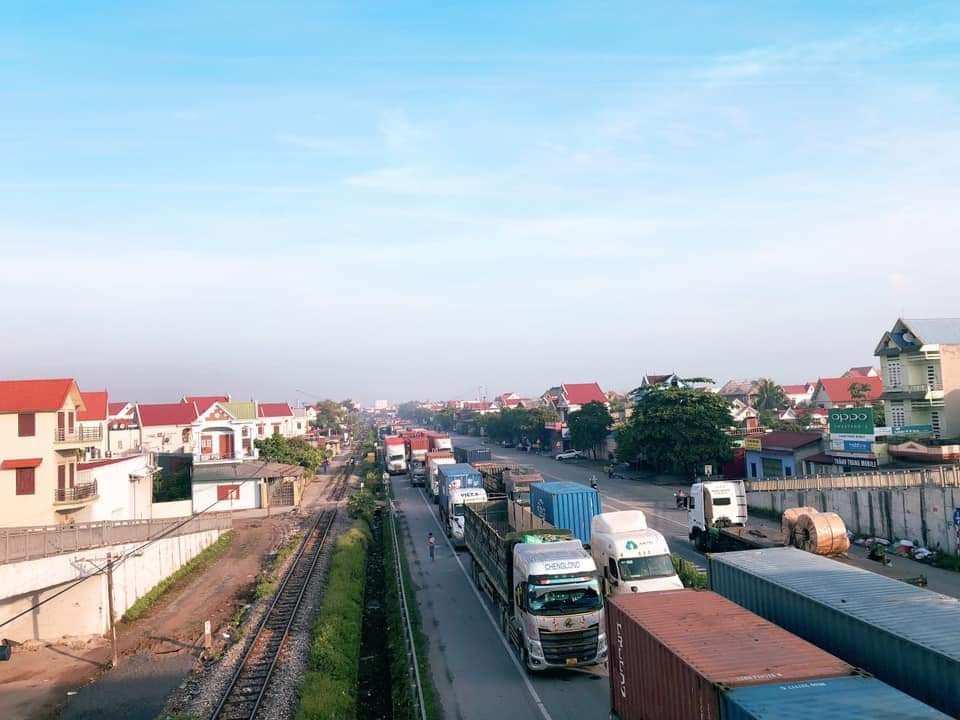 In February 2021, when farmers began the high harvesting season, Covid-19 unexpectedly broke out in Hai Duong province. The distribution of farm produce immediately got stuck because of anti-pandemic measures set by localities.

On February 16, Hai Phong announced that from February 16 to March 3, when Hai Duong was in lockdown, the city stopped receiving all goods from Hai Duong. The municipal authorities also asked drivers of trucks returning from Hai Duong to quarantine.

With the decision, which caused disruption to supply chains, 40,000 tons of Hai Duong’s farm produce could not be sold and farmers called on people to help ‘rescue’ the farm produce.

In mid-July, Covid developments became complicated in northern provinces. Trucks carrying goods to the Hai Phong seaport once again faced a deadlock. A long queue of trucks stretching 30 kilometers waited to enter the port on Highway 5A. Thousands of vehicles were on the highway for many hours.

Minister of Transport Nguyen Van The asked Hai Phong City to set up a local ‘green passage’ connected with a national green passage, paving the way for the transport of goods.

After that, Tan Cang Sai Gon Corporation held an online meeting with nearly 1,500 clients, both foreign and Vietnamese logistics firms and shipping firms, to report the situation.

The Government then urged to immediately ease congestion at Cat Lai Port to avoid adverse effects on exports.

In late August, Can Tho City authorities said all vehicles carrying consumer goods and imports and exports from other cities and provinces must register in advance to enter the city.

The regulation caused serious congestion on Highway 1 and the central Can Tho bus station, a transshipment point for goods.

The Ministry of Transport (MOT) criticized the regulations which hindered the exchange of goods, and asked local authorities to stop applying regulations on goods circulation.

He said that localities issuing regulations contrary to the Prime Minister’s directions and creating obstacles for goods transport would have to bear responsibility for their decisions.

To solve the problem, the Ministry of Agriculture and Rural Development (MARD) sent a working group to the south. MARD Minister Le Minh Hoan said there were closed connections between provinces in the Mekong Delta at that time. Congestion in one area was enough to affect the entire chain. Therefore, anti-pandemic measures needed to be implemented in a flexible way to ensure smooth circulation of goods and traffic.

The congestion has now stopped at seaports, and businesses are gearing up with their production to fulfill orders.

However, some problems still exist, including the lack of empty containers and a sharp rise in freight fees. An increase of 5-10 times in freight fees has been reported for some routes.

Currently, because of the Covid-19 outbreak in the southern region, some shipping lines have reduced trips to Vietnam, causing a supply shortage, thus affecting transport of exports to Europe and the US.

The General Department of Vietnam Customs has informed that many cargo trucks from Vietnam are still jammed in the China side of the Northern border gates and vice versa due to strict control of vehicle flow for Covid-19 prevention purposes.