VietNamNet Bridge – The problem of copyright infringement has been raised again in Vietnam as the producer of Superman X, a Vietnamese movie, asked authorities to identify the person who released the film on the Internet.

VietNamNet Bridge – The problem of copyright infringement has been raised again in Vietnam as the producer of Superman X, a Vietnamese movie, asked authorities to identify the person who released the film on the Internet. 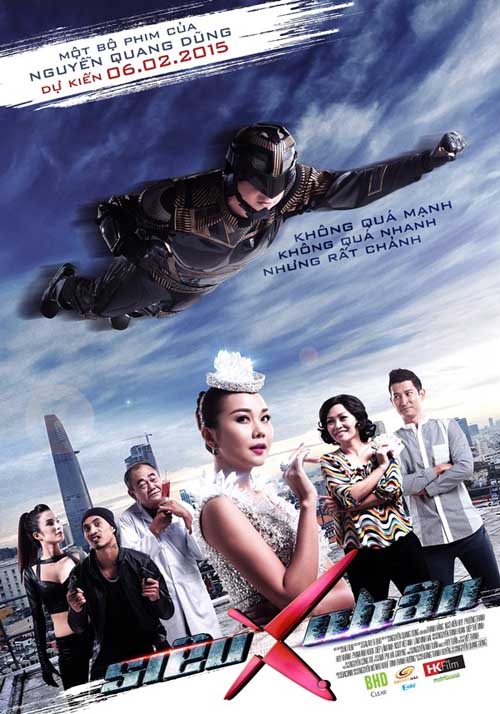 It was reported that the next day after the movie was released (February 4), the film was posted on an online movie site. Over an hour later, it was removed. However, the incident has seriously harmed the producer.

The VND16 billion ($800,000) Superman X by well-known director Nguyen Quang Dung is expected to be a blockbuster of the year-end movie season.

Huong said the version posted on the Internet looked fine from the beginning to the end. This suggests that the culprit is professional and had a clear purpose.

This is the 3rd Thien Ngan film pirated and illegally distributed Thien within a short period of time. The pirated films have had good ticket sales. "It is a very heavy blow for us," Huong said.

Huong also confirmed that in this case, moviegoers do not benefit because pirated movies are indirectly killing real movies. "If copyright infringement continues blatantly like this, what will be the future of Vietnam cinema? If the legal films are dead, will you have pirated films to watch?" she said.

Huong urged the public's support in the fight against pirated movies, besides the intervention of the authorities.

In Vietnam, copyright and intellectual property infringement has reached an alarming situation. In the field of movies, according to the Cinematography Agency, there are more than 400 Vietnamese websites providing dozens of thousands of movies without copyright.

According to lawyers, based on current law, there are three forms of handling violations in the case of "Superman X". The first is an administrative penalty up to VND500 million ($25,000). Secondly, the offender may be subject to remedial measures such as returning material interests resulting from violations, and forced to remove the film from the Internet. Thirdly, the offender may be prosecuted for criminal liability.

In fact, Vietnam has had more powerful tools to handle the problem of piracy. In late 2013, the Government issued Decree 131, under which sanctions are not based on the value of pirated goods but on rights violations.

Vietnam should pay more attention to the copyright and intellectual property rights in the context of Vietnam’s deeper integration into the world, typically the Trans-Pacific Partnership Agreement.

In 2013 and 2014, the Motion Picture Association of America sent a request to the Ministry of Culture, Sports and Tourism and the Ministry of Information and Communications of Vietnam asking for intervention and handling of infringement of copyright for cinematographic works owned by its members on several websites.

Handling copyright infringement is no longer an "internal affair" of Vietnam.