Draft of amended law on environmental protection is a step backwards: experts

Scientists from the Vietnam Sustainable Energy Alliance (VSEA), Action Group of Justice, Environment and Health (JEH), the Vietnam River Network (VRN), Non-Communicable Diseases in Vietnam (NCDs-VN) and other organizations on November 2 organized a seminar to discuss their views about the draft of the amended law. 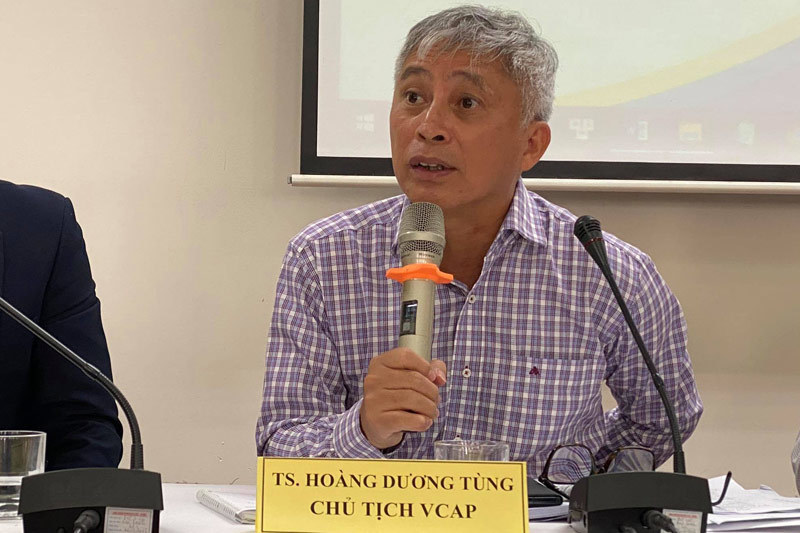 Most participants expressed concerns about the draft, which is scheduled to be submitted to the National Assembly for approval on November 11.

Tung complained that it is difficult to access the latest versions of the draft. He made many suggestions to the amendment of the laws, but the compilation agency – MONRE – was not open to the recommendations. So he sent documents with suggestions to leaders of the government and National Assembly.

Tung noted that the draft regulations on water and air environmental protection are very brief, with two pages for water protection and one page for air protection.

“I have never seen a draft law on environmental protection with such cursory provisions on air and water, the critical issues, though the compilers explained that the issues were already mentioned in other documents,” he said.

“There are many burning issues that have arisen in new conditions which need to be updated,” he said.

According to Tung, the 2014 Law on Environmental Protection stipulates need for information disclosure in strategic environment assessment, environmental impact assessment (EIA) and inspection results. This is not mentioned in the draft of the amended law.

Tung believes that the information must be made public and it is necessary to clarify the time for information disclosure.

“If the law doesn’t clearly stipulate the time for information disclosure, investors may argue that they ‘have not made public’ but ‘will make public the information’ in the future."

Nguyen Van Liem, an expert on the environment and climate change, said it was necessary to make public the lists of EIA appraisal councils in order to avoid ‘sitting in the wrong position’.

He explained that an expert in ‘A’ field is a member of the council to appraise a project in ‘B’ field on which he doesn’t have deep knowledge. This is called ‘sitting in the wrong position’.

Bui Thi An, director of the Institute of Natural Resources, Environment and Community Development (IRECO), said after the seminar, more than 10 opinions about the draft law will be submitted to MONRE, the government, and National Assembly deputies.

Deputies at the 14th National Assembly debated a number of contents of the draft revised Law on Environmental Protection, including the classification of projects basing on impact to the environment,