American conductor Christopher Zimmerman, music director of Fairfax Symphony Orchestra in the US, will lead a concert of classical music at the HCM City Opera House on October 26.

The concert’s highlight will be Concerto Grosso No 1 written by Russian-born German composer Alfred Schnittke in 1976-1977.

The six-movement work premiered in 1977 in Leningrad. The premiere featured violinists Gidon Kremer and Tatiana Grindenko and the Leningrad Chamber Orchestra under the baton of Estonian conductor Eri Klas.

The 30-minute performance in HCM City will feature two of Vietnam’s leading violinists Vu Viet Chuong and Bui Cong Duy, who will perform along with the HCM City Ballet Symphony Orchestra and Opera (HBSO).

Chuong, who has also performed at international music festivals in the US, UK and Brazil, is co-founder of the Vietnam Connection Music Festival, which attracts leading classical artists from Vietnam and around the world.

Duy, 38, is a graduate of the Tchaikovsky National Music College in Moscow. He won first prize and the gold medal at the International Tchaikovsky Competition for Young Musicians in St Petersburg in 1997.

He has performed at concerts in many European and Asian countries, as well as in prestigious halls such as Berliner Symphoniker in German and Capella Concert Hall in Russia.

The concert will include Appalachian Spring orchestral suite by American composer Aaron Copland.

Copland wrote the composition for the ballet of the same name at the request of American choreographer and dancer Martha Graham. The ballet premiered in 1944. A year later, Copland rearranged the ballet as an orchestral suite for 13 instruments.

The concert will also include Fantasia on a Theme by Thomas Tallis by British composer Ralph Vaughan Williams, and excerpts from Swan Lake by Tchaikovsky.

Zimmerman was formerly the music director of the Symphony of Southeast Texas, the Bangor Symphony Orchestra and the City of London Chamber Orchestra.

Since 2009, he has been music director of the Fairfax Symphony Orchestra, which was the winner of the Best Classical Orchestra Ensemble given by the Washington DC Area Musical Awards 2013.

The concert will begin at 8pm at 7 Lam Son Square in District 1. Tickets are available at the venue and www.ticketbox.vn. VNS

The Vietnamese women’s football team are ready to face Myanmar at the Tokyo Olympics in 2020’s third qualifying round in the Republic of Korea on February 6.

The six-volume Czech-Vietnamese encyclopaedia has won the “Dictionary of the Year 2020” award of the Union of Interpreters and Translators (JTP).

Vietnam stand a great chance to advance to the last qualification round for the 2020 Olympics women’s football tournament after the Republic of Korea (RoK) clinched a  7-0 victory over Myanmar on February 3.

Although busy with his training schedule and performing abroad, Luu Hong Quang stills spend the time to return to Vietnam each year because he believes that the homeland is an inseparable part of his heart. 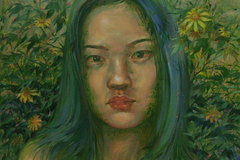 A photo book featuring the Communist Party of Vietnam has been released to celebrate the 90th anniversary of the founding of the Party on February 3, 1930-2020.

Organisers of the Fair Play Award 2019 announced on Monday their ceremony planned for February 12 will be postponed because of the outbreak of coronavirus.