“She passed away, with millions mourning her timeless and immortal voice. Her personality and talent will live forever.”

The veteran singer embarked on her musical path at the age of 14, performing in Thăng Long, a family-based band that was established by her siblings. Thanh did not study or have any formal musical education but taught herself with books she ordered from France and the assistance from her elder brother, musician Chương.

She moved to Sài Gòn, presently HCM City, in 1951, with her family and started her solo career. With her gifted light soprano voice, Thanh became famous for love songs and her voice dominated music programmes in Sài Gòn from 1954 to 1975. She also regularly performed at Đêm Màu Hồng (Pink Night), a popular discotheque in the city before 1975.

Growing up in the north of Việt Nam, her singing was influenced by traditional musical art forms of the land, like quan họ (love duet singing), chèo (popular opera) and chầu văn (spiritual singing). Her unique style impacted many younger singers as well, like Mai Hương, Ánh Tuyết, Quỳnh Giao and even her own daughter, Ý Lan.

In 1985, she emigrated to the US with her family and continued her music career among the Vietnamese community until 2002, when she suffered a brain haemorrhage. — VNS 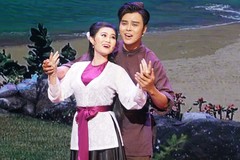 “Everything that I have today is due to my love and contribution to cai luong (reformed opera),”  said actor Vo Minh Lam of Tran Huu Trang Cai Luong Theatre, one of HCM City’s leading art troupes in the traditional operatic art. 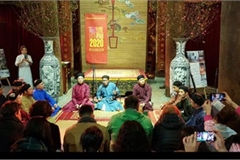