Despite not yet being enough to help Vietnam clinch the top spot in Group G, the wide-margin win has lifted the Golden Dragons to third place among the runner-up teams after the fourth matchday, behind China and Jordan, who have better goal differences of +12 and +4, respectively (compared to Vietnam’s +3). 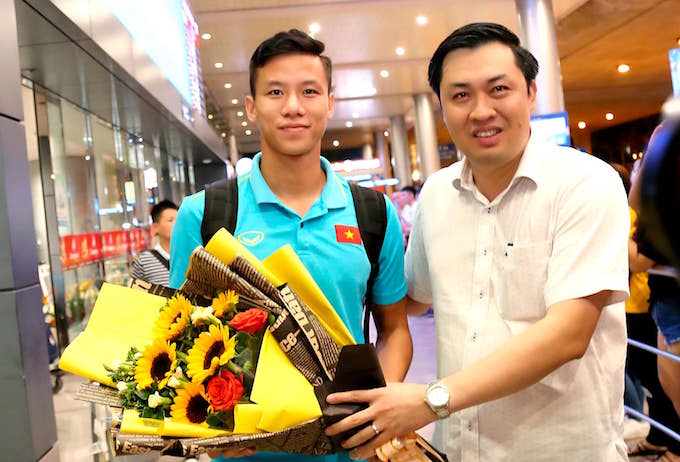 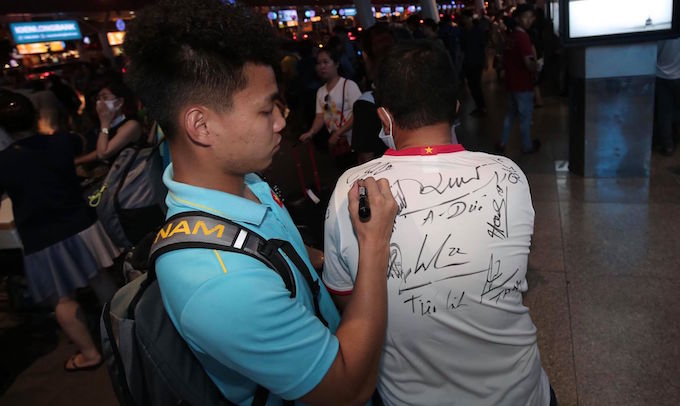 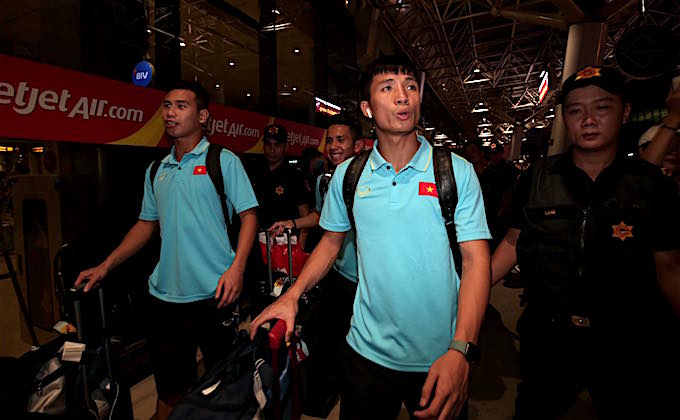 The players were a little bit surprised by the welcome of home fans.

At Tan Son Nhat Airport, the Vietnamese team officially dissolved. Trainers and players of the southern clubs returned to their management units. Meanwhile, Park and players of the northern teams continued on a flight to Hanoi on the same night.

Players of the northern teams continued to take a further flight to Hanoi. 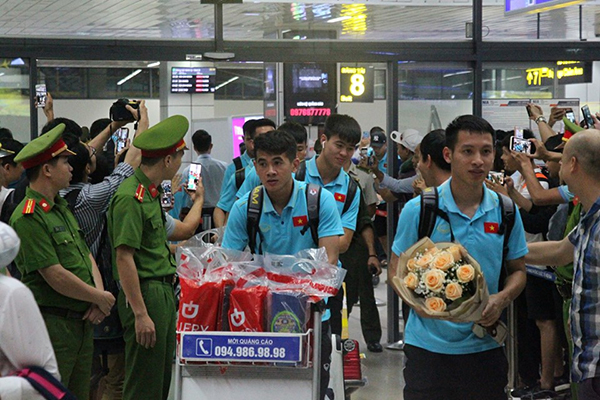 However, they arrived in the capital nearly one hour behind schedule due to the flight being delayed in HCM City. 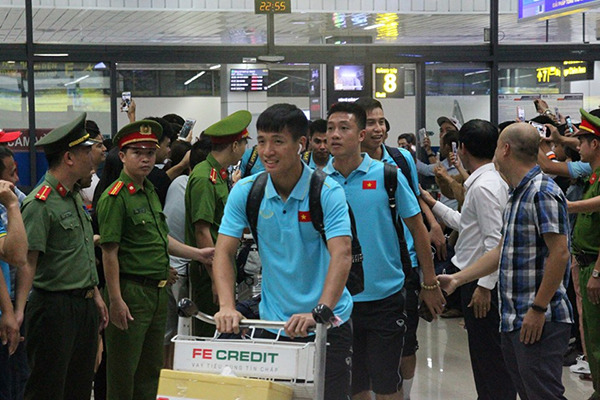 As planned, the players will return to their clubs in preparation for the 25th matchday of the 2019 V.League this weekend.

Midfielder Nguyen Quang Hai posed for a picture with fans.

The national squad are scheduled to reconvene in early November 11 to prepare for the next two World Cup qualifying matches against the United Arab Emirates (Nov. 14) and Thailand (Nov. 19), both at Hanoi’s My Dinh Stadium. These are the two important clashes that will significantly impact the three teams’ chances to conquer Group G’s top spot. Nhan Dan