VietNamNet Bridge - In the future, the Mekong Delta will suffer increasingly severe impact from climate change. Drought, saltwater intrusion, lack of sediment and severe flooding in the rainy season will all occur, scientists said.

VietNamNet Bridge - In the future, the Mekong Delta will suffer increasingly severe impact from climate change. Drought, saltwater intrusion, lack of sediment and severe flooding in the rainy season will all occur, scientists said. 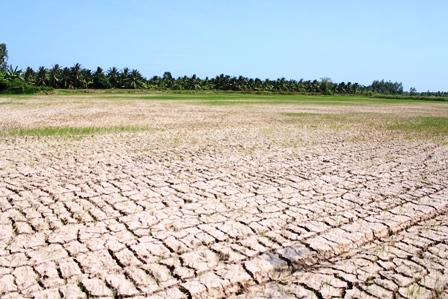 According to experts, the current drought and saltwater intrusion in the Mekong Delta (MRD) is the worst in the past 100 years.

In a recent field trip in the Mekong Delta, the Minister of Agriculture and Rural Development Cao Duc Phat uttered: "This is the most serious natural disaster in the past 100 years. I’m worried about the developments that none of us can imagine."

According to MARD, there are 1,550,000 hectares of the winter-spring rice crop in the Mekong Delta. Up to 364,000 hectares in eight coastal provinces have been affected by saltwater intrusion.

Prof. Dr. Le Huy Ba - former Director of the Institute for Science, Technology and Environmental Management - said the cause of the current harsh drought and salinity in the Mekong Delta is due to the El Nino phenomenon that began in 2015.

At the present time, the Mekong Delta is in the peak period of El Nino and the peak of heat and drought.

This time, little water from the upstream Mekong River can flow to the downstream because it is hindered by a series of hydropower projects in China, Laos and Cambodia. The volume of water is not enough to push the saltwater to the sea. Consequently, the Mekong Delta is invaded by saltwater.

According to Prof. Le Huy Ba, saltwater will continue intruding deeply into the plain. When saltwater encroaches into the vast fields in Hong Dan district of Bac Lieu Province, it will be retained there because this is a low-lying area. As a result, local farmers will suffer from salinity.

Regarding the terrible damage caused by salinity, Prof. Le Huy Ba said: "We are unable to live with climate change. The current solutions such as building breakwaters and dredging canals to keep fresh water are just temporary." 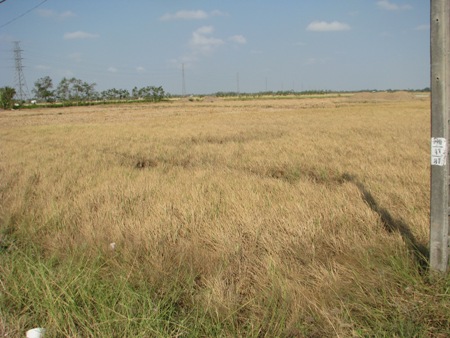 Prof. Le Huy Ba stressed, for the effects of climate change, there is only one solution: find ways to adapt, not to fight against or avoid it.

He said: "According to the scenario of the developments of climate change and the development of hydropower projects in the upstream Mekong Delta, in the future, the Mekong Delta will suffer more severe effects. It is drought, saltwater intrusion, lack of sediment and severe flooding in the rainy season. Anything can occur and the Mekong Delta, Vietnam’s largest rice bowl, will be directly threatened."

In fact, this threat has begun to take place, especially in the winter-spring rice crop. Tens of thousands of hectares of rice withered because of drought and saline intrusion. Farmers lost an entire season.

"For the Mekong Delta at present and in the future, we should not keep thinking about it as the granary of Vietnamanymore. We should quickly find tsuitable crops and domestic animals for this region,” Prof. Ba added.

He recommended selecting alum- and saline-resistant crops and developing aquaculture in the region.

Experts said El Nino will continue affecting the Mekong Delta; the situation will improve when the summer rains begin, perhaps in May.

Experts said the 2014-2016 El Niño will become one of the longest El Niño in the past 60 years, since there were detailed observations of the ENSO phenomenon. In Vietnam, the intensity of the current El Nino is considered equivalent to that in 1997-1998.