The domestic and export rice markets have been very busy in the high harvesting season with selling prices increasing in all segments. 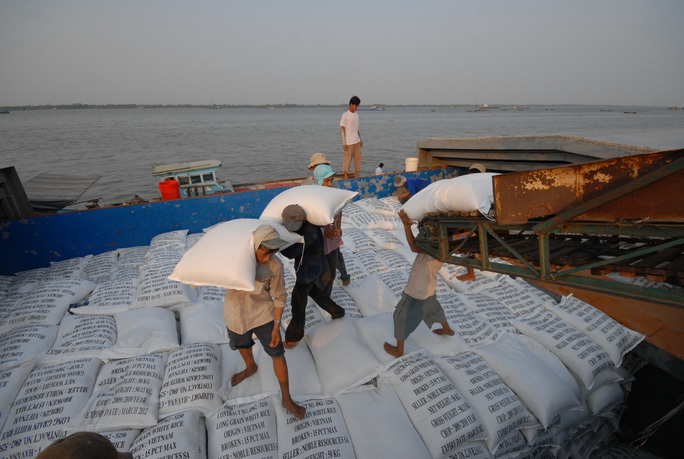 In its report to the Prime Minister on March 17 on the 2020 rice production plan, the Ministry of Agriculture and Rural Development (MARD) cited the prediction by FAO that the world’s rice output this year may decrease by 2.7 million tons because Covid-19 has impacted production in some countries, including China and India.

Meanwhile, domestic and international food demand may increase by 3.7 million tons because many countries want to buy rice in large quantities for hoarding. MARD said it may increase the autumn-winter crop area to 800,000 hectares, an increase of 500,000 hectares over the previous year.

Prior to that, the ministry predicted a bumper winter-spring crop and the total output of 28 million tons of rice this year. Of this, 75 percent will be for domestic consumption and 25 percent for export (6.5-7 million tons).

Reports show that in the first two months of the year, Vietnam exported 895,000 tons of rice, worth $410 million, up by 27 percent in volume and 32.6 percent in value compared with the same period last year.

According to Do Ha Nam, chair and CEO of Intimex, deputy chair of the Vietnam Food Association (VFA), all export markets are good because of crop failure and epidemic in Thailand and China. Meanwhile, Vietnamese farmers can overcome drought and saline intrusion, and have bountiful crops which go for good prices.

Phan Xuan Que, chair of Vinafood 1, confirmed that the rice prices increased in all segments though it is now harvesting time, which was rarely seen in previous years. He believes the $3 billion worth of rice export value this year is within reach.

Though export prospects are good, ADC Rice, a subsidiary of ADC Group, said the company will prioritize the domestic market instead of focusing on export.

“We prioritize selling rice in HCM City so that everyone can buy rice. As advised by the HCM City local authorities, we recommend buyers buy rice online or order via phones to avoid contact,” a representative of the company said.

Ngo Ngoc Yen, director of Gao Yen Ngoc, said rice demand is very high and sales are 5-6 days higher than before. The rice price has increased by VND1,000 per kilogram.

“People are trying to store rice because of the fear of the epidemic. However, there is no need to worry about short supply,” she said.