Giving up medical school in Vietnam, student pursues neuroscience research in US 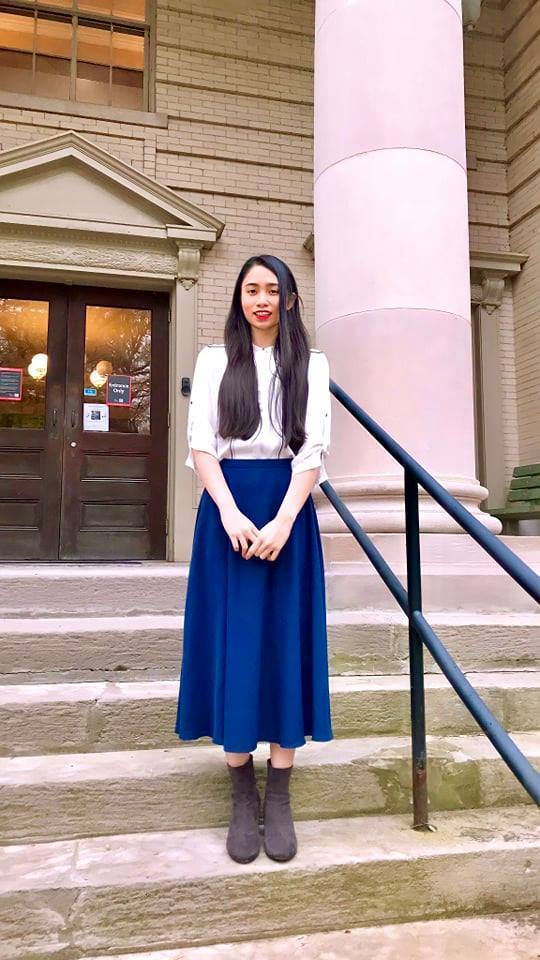 That began her love for science.

When she was in high school, she excelled at biology and chemistry, so her passion for research became even stronger. However, as her intention to study abroad was not supported by her family, she applied to medical school per her parents’ wishes.

But after one year of studying general medicine at Pham Ngoc Thach Medical University in HCM City, Hien in early 2016 decided to leave the school amid strong opposition from the family.

At that time, the girl born in 1997 bought a lot of books to practice English and prepare for standardized tests SAT, SAT2 and TOEFL. She worked while studying, trying to save every dong to fund her study and examinations for certificates and preparations for applications.

However, when preparing dossiers for application, an incident occurred which upset her family’s life. The story was then described by Hien in her application essay, which showed her process of changing herself and overcoming crisis to continue her dream.

In the essay, Hien wrote about her passion for neuroscience and her burning desire to become a researcher in this field.

“No matter how difficult it is, I still pursue my dream. I do not have outstanding academic achievements and I do not have any prizes. My SAT was modest, 1280/1600. However, I can show my unceasing efforts to follow my passion,” she said.

With her applications in 2018, she won scholarships from many liberal arts colleges, including Depauw University, St. John’s College, College of Wooster, Ohio Wesleyan University, Bucknell University, Pitzer College and Whitman College with promised financial support from 40 to 98 percent for four-year studies.

Finally, Hien chose Ohio Wesleyan University because the school gave her the best financial support and she believed it was the best suited for her.

Hien is studying biophysics and neuroscience. “My life in the last three years has been associated with classes and laboratory. I can live and work with my passion for scientific research."

She said in her first year in the US, she fell into crisis because she could not catch up with the study rhythm. But she quickly revived her spirit, and arranged everything in a reasonable way to fulfill the next semesters well. When she felt stressed, she would cook or do something fun.

“There is no star that cannot be reached. You just need to make every effort to gain good results,” she said.

After school hours, Hien spends time on laboratory and research projects. Her school is relatively small with just 1,500 students, and she has many opportunities to directly interact with professors and conduct research.

In the first year, Hien joined the research team that studied the impact of electronic games on cognition and brain function.

When she was in third year, she successfully applied for the summer internship and research program at Washington University in St. Louis (in top 16 universities in the US, according to US News 2021).

During the 10-week program, Hien conducted research together with neurology experts, with funding of $7,000. This is a competitive program which enrolls less than 10 students each year, while the number of international students admitted is very modest.

“I hope I can inspire students from small schools and help them become more self-confident to apply for research programs at large universities,” Hien said.

At present, Hien is working on the use of CRISPR/Cas9, the genome editing technique that won the Nobel Prize in 2020, in synaptic plasticity.

“Doing scientific research is finding the answer to a question, or an issue which has not been clarified, or finding new information,” she said.

“Stemming from small findings, we can apply our knowledge when carrying out experiments to find conclusions. Pursuing research is a long path without fear of failure. You need to learn from books, professors and lecturers who can lead you and offer future opportunities if you make the effort,” she said.