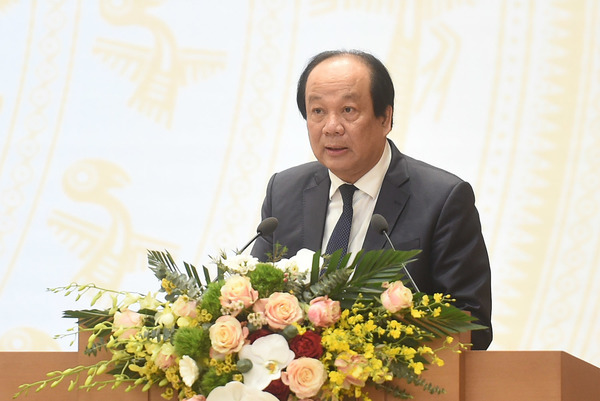 Minister and Chair of the Government Office Mai Tien Dung said the working group was set up to increase efficiency inspecting the implementation of tasks assigned by the Government and the Prime Minister.

Dung said the working group is the initiative by the PM, an institutional model under the decision-making authority of the PM, for the first time established in Vietnam.

“Over the last five years, the working group has marked preeminent milestones in terms of method, manner and outcomes, adhering to priority issues in management,” Dung said.

After every inspection campaign, the working group reports to the Government and Prime Minister and suggests solutions to solve problems.

“The working group has reported and made proposals related to 300 tasks,” Dung said.

The working group has carried out 104 inspection campaigns with hundreds of working sessions with 80 ministries, agencies and local authorities. It has organized 16 working sessions with associations to listen to responses to policies, and to complaints about difficulties in production and business. Every year, it releases specific messages with focus on some issues.

Issues include the treatment of over 24,000 containers of scrap imports; the disposal of inventory seafood consignments for people and businesses in four provinces in the central region affected by the sea environmental accidents; the fight against fraud in product origin; and the licensing for river passage dredging.

It has also dealt with the problem of having one product under the control of two or three ministries, including the record high number of licenses required for chocolate manufacturing.

The quality of these working programs has improved over the last five years. A working group report showed that in the 2016-2021 term, by the end of February 2021, only 12 out of 2,504 plans had not been submitted as scheduled, or just one quarter of that of the previous term.

Considerable improvements have been seen in document compilation and promulgation. The number of documents that were slow in issuance decreased to a record low: only three documents were not issued in 2020 as scheduled.

Speaking about the lessons learned from the operation of the working group, Dung emphasised seriousness of the work, and fairness and responsibility.

The group does not shy away from finding and clarifying problems. Its reports are straightforward and objective, and with convincing evidence. It makes reasonable and legal recommendations, especially when making suggestions about amending legal documents.

The cooperation and timely reporting of press agencies has helped increase the transparency and highlight the responsibility of inspecting agencies in implementing commitments, which is an important factor in increasing efficiency of the working group’s operation.

PM’s working group does not try to avoid collisions

Speaking at the conference, FPT President Truong Gia Binh said that attention paid to Vietnam and its prestige have increased considerably recently.

He noted that Vietnam is leading in both fighting Covid-19 and protecting the economy. Binh said the confidence of people and businesses plays an important role. When exchanging views about the operation of the government of the last term, the word ‘confidence’ was repeated many times.

Of the messages of the 14th-tenure government, Binh said many businesses chose ‘action’.

Mentioning the role of the head of the working group Mai Tien Dung, Binh said: “Dung and I went to Hai Phong to examine Hai Phong’s customs agency. He discovered that the computer system got stuck. He gathered a meeting immediately and made decisions right away."

Thanks to drastic actions by the government, Vietnam has gained impressive growth, while confidence has been established.

Minister of Health Nguyen Thanh Long commented that the working group does not try to avoid collisions with ministries and branches. It closely coordinates with all ministries, branches and localities.

The working group has transmitted the spirit of reform and innovation to ministries and branches, requesting to cut unnecessary business conditions to create favorable conditions for people and businesses.

Long said the working sessions between MOH and the working group left a strong impression on him, which led to the replacement of Resolution 38 with Decree 15 guiding the implementation of the Law on Food Safety.

Long said the resolution placed difficulties for both enterprises and state management agencies, noting the story that a chocolate bar bore 13 different kinds of fees.

Long said fiery arguments were seen at many working sessions with the group, but this was aimed at innovation and reform. Noting that the working group has been very effective, he said he hopes that innovative ideas will continue to spread. 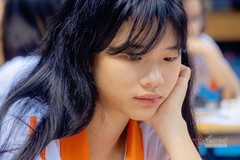