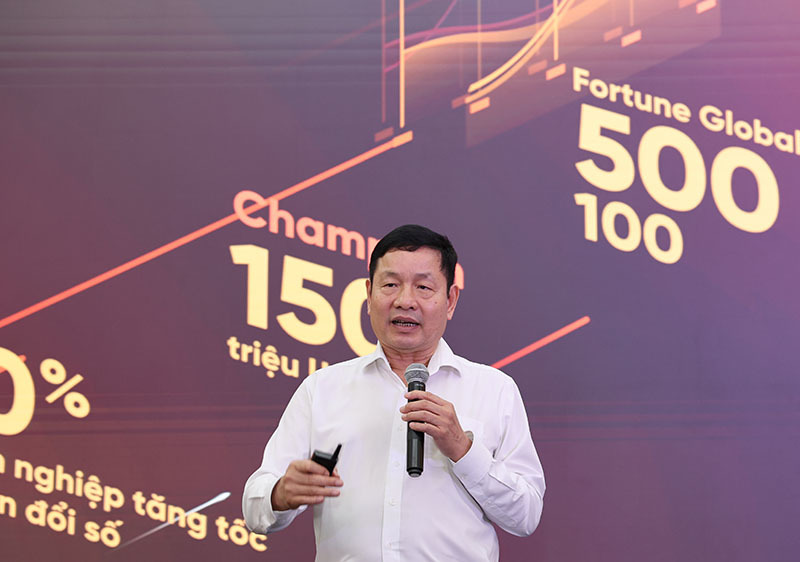 The richest dollar billionaire was Pham Nhat Vuong, in the 344th position in the world with $7.3 billion. This is the ninth consecutive year that Vuong has been listed on Forbes’ list of wealthiest people. He ranked 286th last year with asset value of $5.6 billion.

Of the six Vietnamese billionaires, four started their business in Eastern Europe, namely Vuong, Thao, Quang and Anh. Only Tran Ba Duong’s enterprise has not listed shares on the bourse.

The total assets of the six billionaires amount to $17 billion, and their average age is 55.

Truong Gia Binh, President of FPT, the largest Vietnamese IT corporation, said at the 2021 shareholders’ meeting that FPT created 200 dollar millionaires when listing its shares on the bourse.

He said employees at FPT all have comfortable lives, drive cars, and can fund their children’s overseas study. Most of the managers of technology firms in Vietnam come from FPT, he said.

In 2020, FPT attracted global leading technology engineers in AI and Cloud Computing to create added value for projects in the long term. It has been supplementing and rotating key personnel that has led the group to overcome difficulties and maintain growth.

FPT targets a 16.4 percent turnover growth rate in 2021 and pre-tax profit growth rate of 18 percent. The technology division will continue to be the major driving force of the corporation with a focus on digital transformation services and Made-by-FPT products and solutions.

Techcombank, the commercial bank owned by dollar billionaire Ho Hung Anh, has released documents for the 2021 shareholders’ meeting with the ambitious plan of making a pre-tax profit of VND20 trillion this year, up by 25 percent over the last year.

If succeeding, Techcombank will be the second bank in Vietnam and the first joint stock bank to make a profit of $1 billion.

Despite the high profit in 2020, Techcombank intends not to pay dividend to shareholders

Cen Land’s President Nguyen Trung Vu said at the 2021 shareholders’ meeting that there have been a lot of positive signs so far this year, si the board of management has proposed increasing the business targets.

Cen Land’s HCM City Branch will begin distributing Vingroup’s projects. The commission it can expect from distributing products for large investors such as Vinhomes and Novaland is just 3 percent, but this will help Cen Land approach high-end customers. The profit will mostly come from exclusive and low-profile projects.

Vu said Cen Land’s net revenue may reach VND8.5-10 trillion in 2022, including VND2 trillion from brokerage service. Cen Land wants to become the largest distributor of Vinhomes in 2021-2022 with revenue of up to $1 billion.

Dang Thanh Tam, President of KBC, an industrial real estate developer, speaking at the company’s 2021 shareholders’ meeting, said that “KBC has never been so happy, but it will be even happier in upcoming days”.

He went on to say that provincial authorities now welcome KBC and that anyone leaving KBC today will regret their decision tomorrow.

KBC plans to obtain consolidated revenue of VND6.6 trillion this year and post-tax profit of VND2 trillion, which is 3 times and 6.25 times higher than 2020.

The group plans to speed up investments in industrial zone projects of Quang Chau, Nam Son Hap Linh, Tan Phu Trung and Trang Due 3, and urban area projects of Phuc Ninh, Trang Due and Trang Cat.

It also plans to increase capital and make private offering this year. However, a detailed plan has not been released.