In order to accelerate the national digital transformation program, the Ministry of Information and Communications (MIC) organized the Vietnam Open Summit several days ago.

The summit gathered 200 participants, including senior officials of ministries and agencies, as well as IT experts from large high-tech corporations.

MIC Minister Nguyen Manh Hung noted that IT and digital technology are penetrating every corner of social life. Digital technology needs to be as cheap as oxygen, and the key to this is open technology. It is not only open source, but also open architecture, open standards, and open culture.

The belief in digital technology will determine the success of digital transformation. Countries can only have this belief when using open technology. This is the way for countries to master the technologies they use.

A lot of countries have stated they will only buy open technologies, especially technologies used to build national infrastructure platforms.

Vietnam is also following this trend. During the Covid-19 period, the apps such as Bluezone and CoMeet have been open source or have been developed on open source.

MIC has also launched the national open data portal at data.gov.vn. There have been over 10,000 data sets registered. Vietnam’s 5G network will also use the open standard Open RAN.

According to Hung, open technology will liberate the creativity of every individual.

With its digital strategy, Vietnam will become a technology country by inheriting the achievements from others and will also make contributions to the development of mankind.

Vietnam has chosen to develop open technology, open source software and open data for individuals and businesses to join the creation of new values.

Hung called on agencies, businesses and training establishments to work together to build policies and strategies, and develop open platforms and communities.

Nearly 3 million organizations and businesses from 70 countries have joined the open source community. GitHub and 35 out of 50 top companies in the world sent their teams to participate in the open source projects in the forum.

Vietnam ranks third in Southeast Asia and is among the top 20 in the world in open source application, after Singapore (17) and Malaysia (18).

Vietnam began approaching the open technology trend early in the 2000s, but it is still behind some countries, which is attributed to the closed culture, the localization of data and lack of interest from large corporations.

Nguyen Trong Duong, deputy director of the Authority for IT Application under MIC, said that developing open source projects is a technology trend around the globe. Vietnam should aim to be listed in the top 10 in the rankings on the growth of open source software.

Talking about the development orientation for the time to come, Duong said Vietnam should develop open technology with focus on three pillars – developing Make in Vietnam open ecosystem, promoting open culture, and developing an open community.

“In addition to promoting education, training, research and community development, we also need to develop an open technology ecosystem, accelerate the implementation of policies, and prioritize use of digital products that use open standards,” Duong said.

In the field of training and research, there should be large projects and topics on open source software. The assessment of the quality of research works will be made based on the contributions of the works to the international community.

Regarding the development of open technology ecosystem, technology firms, especially large ones, need to prioritize the allocation of R&D (research and development) budgets for open source projects.

Thousands of people will join the annual Vietnam International Travel Mart (VITM) this week, one of the tourism industry's most anticipated annual events.

As COVID-19 continues to disrupt livelihoods, global value chains, and trust in institutions around the world, it is not unfolding in a vacuum. 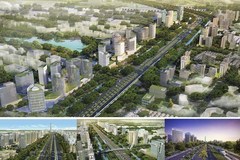 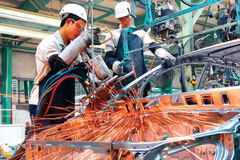 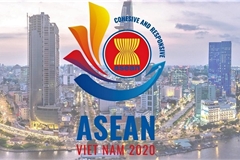 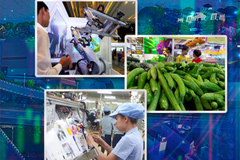 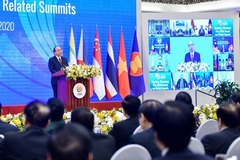 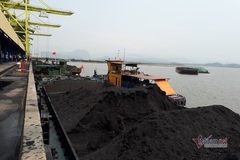 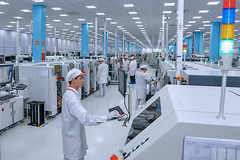 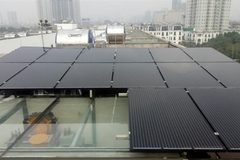 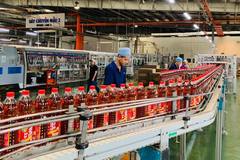 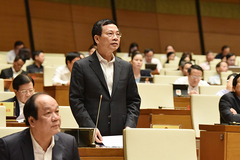 Minister: income of many households to double or triple thanks to digital transformation
FEATUREicon  12/11/2020

Members of a cooperative in a commune in Bac Kan, after using digital technology to advertise products, have seen incomes increase from VND1-1.5 million to VND3.5 million a month.