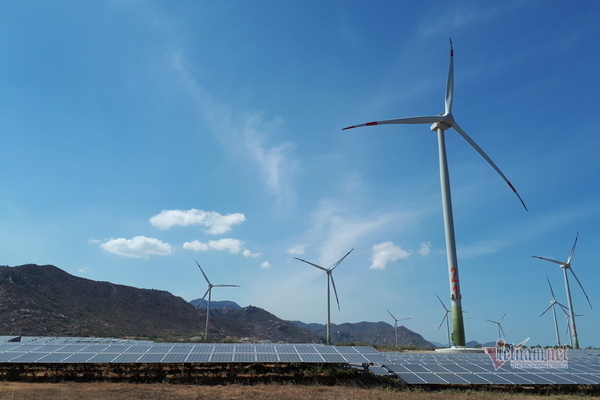 The Ministry of Industry and Trade (MOIT) is now collecting opinions for the draft report on Strategic Environmental Assessment of the National Energy Master Plan in 2021-2030, with a vision to 2050.

The draft report says there will be big changes in Vietnam’s electricity generation structure: the proportion of coal-fired power sources will be gradually decreasing, while gas-fired and renewable power will be increasing. The proportion of hydraulic power will also decrease as nearly all potential has been exploited.

It is expected that renewable power, including large-scale hydropower (LHP), will account for 49 percent of total electricity sources by 2020, 48 percent by 2030 and 53 percent by 2045.

The total offshore wind power potential is about 160 GW. Many investors have registered to develop projects in the southern part of the central region with the total capacity of 15GW.

Of these, the 3.4 GW Thang Long Offshore Wind Power in Ke Ga, Binh Thuan province received the Prime Minister’s nod for research and survey. The great potential of offshore wind power is in the southern part of the central region.

According to the Electricity of Vietnam (EVN), the total electricity capacity is over 60GW.

With the preferential pricing mechanism, solar power has seen a boom in Vietnam in recent years. In 2019 alone, the total capacity of grid-connected solar power put into operation was 5GW. Most of the solar power projects were in Ninh Thuan and Binh Thuan provinces (more than 2GW).

Some projects have been added to the national power development plan with total capacity of over 10GW, of which 8GW would be put into operation prior to 2020 and 2GW after 2020.

In addition, there has been another 25GW registered by investors, but have not been added to the national power development plan (12.3GW is expected to become operational prior to 2020 and 12.9GW after 2020).

The total technical potential of solar power us very high, about 1,646GW, but the total potential that can be developed is just 386GW, mostly located in the south, the southern part of the central region and Central Highlands.

Regarding rooftop solar power, the total potential is 48GW, including 22GW in the south. According to MOIT, the investment rate of rooftop power is lower (12 percent) than solar power built on the ground because there is no cost for land use and grid connection, but the maintenance cost is 1.6 percent higher than large-scale solar power. The number of hours for electricity generation at maximum capacity is 10 percent lower.

In 2017, the Government issued the first feed-in tariff (FIT) mechanism with the purchase price of solar power for all types of 9.35 cents per kWh, applied until June 30, 2019.

Other types of renewable power

The total potential of biomass electricity is relatively high, 13.7GW equivalent, with the biggest potential in the southern region.

However, as it is difficult to collect biomass to develop biomass power plants, the total capacity of biomass power which can be developed is just 5-6GW.

Currently, there are about 378MW of bagasse electricity in operation, about 100 MW of rice husk power, and about 70 MW of wood power under the investment preparation stage.

Solar power capacity to be cut due to oversupply

Nguyen Duc Ninh, Director of the National Power Regulation Centre, has said Vietnam will cut its renewable electricity capacity due to oversupply. 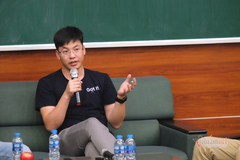