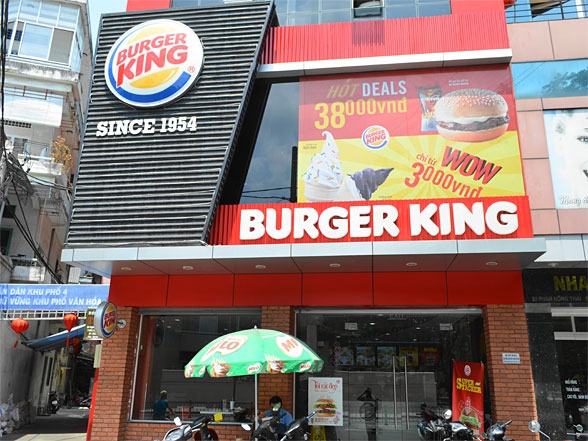 The franchise mode existed in Vietnam prior to 1975 with franchise contracts from the US oil & gas distributors such as Mobil, Exxon and Shell. The second franchise wave returned in the mid-1990s.

A number of well-known brands in the world operate in many different sectors, from fast food, hotel to cosmetics and fashion have come to Vietnam, including McDonald’s, Baskin Robbins, Haagen-Dazs, Pizza Hut, Kentucky Fried Chicken, Pepper Lunch and Burger King.

The US fast food giant McDonald’s joined the Vietnamese market in 2014 and has opened 13 shops so far, planning to have at least 100 shops within 10 years.

However, Lotteria leads the fast food industry in Vietnam with 211 restaurants in 30 provinces/cities. From 2013-2015, Lotteria opened 70 new restaurants, or 20 restaurants a year.

As for KFC Vietnam, the fried chicken chain has 140 restaurants in 18 cities/provinces, which means that it opens 10 new restaurants every year.

Pham Nguyen Minh of VIT commented that though franchises only returned to Vietnam in the 1990s, the business model has been growing rapidly, by 15-20 percent per annum.

In 2015, Vietnam had 150 brands franchised, while the number has soared to 183 recently, according to an MOIT report.

Nguyen Phi Van, president of Retail & Franchise Asia, said at Shop & Store Vietnam 2018, an international exhibition, that Amcham ranks Vietnam’s franchise market eighth among the 12 markets that have the most potential in the world. Therefore, Vietnam is considered a ‘magnet’ to foreign brands which are seeking franchise opportunities.

They also commented that the franchise granted by foreign brands to Vietnamese businesses is mostly under the mode of first-tier franchise or master franchise.

“Foreign brand owners just want Vietnamese companies to develop their brands in Vietnam. If you take losses after a certain period, you will have to compensate. If you sell well, you’ll just get modest shared profit,” he said.