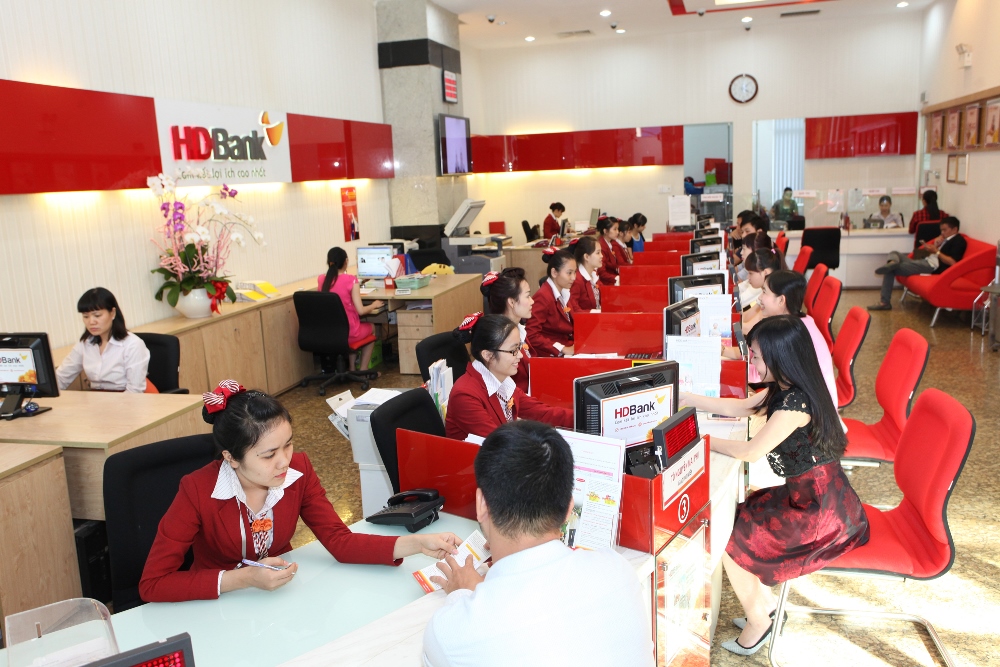 In its latest report in 2016, Fitch ratings agency noted that the creditworthiness of Vietnamese banks is still the lowest in Asia. This remark shows that the banking system still has a lot of problems to be solved, ranging from restructuring to bad debts and lack of capital. This is especially important when Vietnam’s banks are about to adopt the Basel II standards.

This viewpoint was reflected in an article on Bloomberg View last September. “Vietnamese banks lack capital,” the article says. As the amount of bad debt had yet to be fully reflected, the situation may be even more serious than what the official statistics show.

However, this challenge also creates opportunities for the banks to raise new capital and push the return of foreign capital to Vietnamese lenders.

“In investors’ eyes, Vietnamese banks are one of the most feasible targets in Asia,” said Bloomberg.

This comment was backed by the strong economic rebound of Vietnam in recent years and the steady recovery of the Vietnamese real estate industry. The banking sector, although still struggling with the high amount of bad debts, has recovered in many other aspects. Credit growth—one of the most important signs of recovery—is experiencing a boost as well.

The return of million-dollar deals

Vietnams’ banks started their comprehensive overhaul in 2008—and it is only in 2017 that they began to attract foreigners’ attention again, in deals worth of millions of USD.

Most recently, HDBank has raised $300 million from international investors after selling shares to existing investors in the book-building method. The $300-million deal was the second largest ever in the Vietnamese banking sector, just below Vietcombank’s $460-million deal in 2007. The number of registered purchases tripled the amount of shares on offer.

Prior to HDBank, VPBank also completed raising $250 million from its share deal in May. The number of registered purchases, as revealed by the advisors, was $1.2 billion.

The success of these two auctions has showcased the increasing size of transactions in the Vietnamese banking system, as well as the size of the selling price.

A year ago, except for Vietcombank, bank stocks traded at only 1x, and some banks on the over-the-counter market even traded below their share value. However, nowadays, the value of some promising lenders has tripled to 3x or 4x. In the HDBank auction, investors were willing to pay VND32,000 ($1.4) and expected this figure to rise even higher when the lender makes its debut on the stock exchange in early 2018.

These transactions also created a buzz in the stock market, signalling the return of Vietnam’s “king stocks.” This is especially true as investors often use the selling price in the pre-IPO share sale as the benchmark for their investments.

Opportunities are not for everyone

Promising stories about banks’ raising capital can make it seem like every lender is now taking in money left and right. However, the perception is not always true. Even the four major banks on the market are running into problems when raising first-tier capital.

In the past year, Vietcombank did not manage to solve the delay in selling its stakes to Singapore’s sovereign fund GIC. Previously in August 2016, GIC has agreed to buy 306 million Vietcombank shares, or 7.7 per cent of the stakes. The reason for the delay is disagreements in pricing, as GIC offers to pay only $400 million, much lower than the $640 million market price of this share batch.

BIDV, the largest bank by assets, is also facing difficulties in raising capital. The bank’s capital adequacy ratio is already reaching dangerous levels. A Korean partner is rumoured to have expressed interest in BIDV, but there is no concrete information on the sale yet.

Apart from finding the right partner, the foreign ownership limit (FOL) is another major hindrance for banks. Both VPBank and HDBank still have 10 per cent of their shares available for foreign investors, which is partly why the share sales were a success. VPBank’s FOL was reached immediately upon listing, while HDBank still has 8.5 per cent left.

Meanwhile, at Vietinbank, the FOL is now encroaching the 30-per-cent limit. The tiny remaining stake is only enough for small-scale daily trading and is certainly not sufficient for a strategic investor.

With close relationships with major partners like Vietjet Air, Vinamilk, and consumer finance firm HDSaison, HDBank is attracting significant attention from international investors. The bank is expected to grow faster than the industry average in the next five years.