With attractive incentives from the Government, the opportunity for foreign investors to own 100 percent of a Vietnamese bank has never been better.

VietNamNet Bridge - With attractive incentives from the Government, the opportunity for foreign investors to own 100 percent of a Vietnamese bank has never been better. 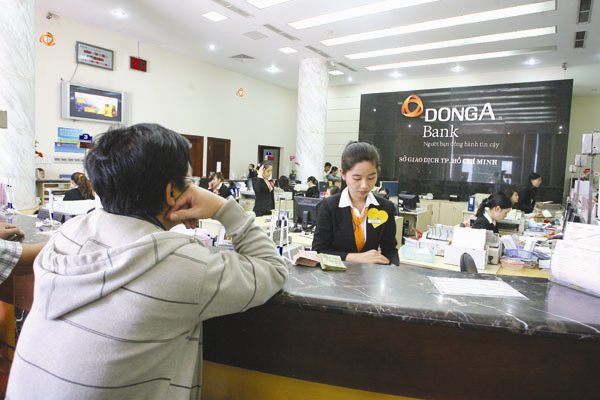 Earlier this year, the State Bank of Vietnam (SBV) stated that all weak credit institutions have been identified, and three ‘zero dong banks’ as well as Dong A Bank and Sacombank will be the focus for SBV in 2017.

To date, the restructuring plans for four out of the five banks have not been approved, except Sacombank. However, an SBV senior official said Ocean Bank is under due diligence from a bank in Asia, while foreign investors have shown interest in GP Bank and CB.

Though credit institutions are called ‘weak banks’, they still are attractive. Despite difficulties, they were able to recover somewhat after being taken over by or put under special control of SBV.

The attractiveness of Vietnamese banks is explained by the great potential of the banking sector which operates in a fast growing economy with a high population and a low percentage of bank users.

An analyst commented that foreign investors find it attractive to pour money into weak banks because it is difficult to obtain licenses to set up 100 percent foreign owned banks in Vietnam.

Under current laws, foreign investors are not allowed to hold more than a 30 percent stake in a Vietnamese bank. However, in some cases, the PM can decide to lift the foreign ownership ratio limit in weak banks to 100 percent.

The weak banks also have large operation networks. Once foreign investors take over the banks, they would not have to spend time to expand the network of branches and transaction offices.

If taking over Dong A Bank, for example, foreign investors would immediately own a large network of 223 branches and transaction offices in 55 cities and provinces.

If they set up a 100 percent foreign owned bank in Vietnam right now, it would take 12 years of operation to have such a high number of offices and branches.

Foreign investors will also have a high number of existing clients if they take over the banks. Dong A Bank, by the end of December 2016, had 7 million clients.