VietNamNet Bridge - The Prime Minister has approved the planning of transportation in Hanoi to 2030, with a vision to 2050. From now to 2020, bus transport will be the major part of public transport systems in Hanoi.

VietNamNet Bridge - The Prime Minister has approved the planning of transportation in Hanoi to 2030, with a vision to 2050. From now to 2020, bus transport will be the major part of public transport systems in Hanoi. 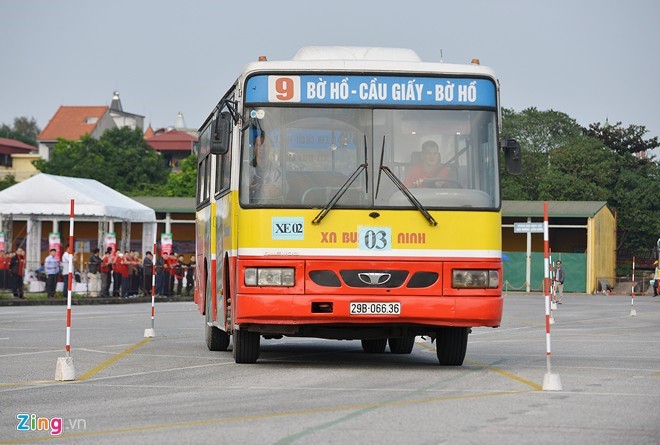 Pham Hoang Tuan , Deputy Director of the Hanoi Department of Transportation, said the BRT project has an investment of about VND1,000 billion, using loans from the World Bank, launched in early 2013.

The first route has been evaluated by the Ministry of Construction and approved by the Hanoi People's Committee with a length of 14.7 km from Kim Ma Bus Station in central Hanoi to Yen Nghia Bus Station (Ha Dong district).

As expected, the first BRT route of Vietnam in general and Hanoi in particular was expected to operate in 2015, at a frequency of 3-5 minutes/trip, carrying 90 passengers, at a speed of 20-22 km/h. However, the plan failed.

The BRT route is a two-way route. Each 90-seat express bus will travel at approximately 22kmph so the time between each stop will be between three and five minutes. Up to 35 express buses connected to a Global Positioning System (GPS) will be used for the route.

Theexpress buses will pick up passengers in designated zones, unlike the current stops located on pavements. Main stations will be allocated near cross-roads or junctions. Magnetic bus cards will also be applied.