How can Chinese capital be used in the most effective way? 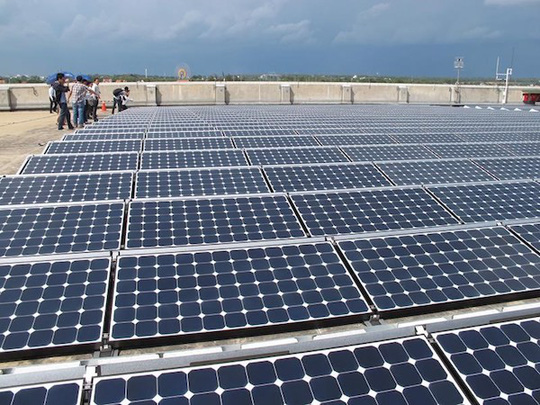 China has pledged 1,883 projects in Vietnam

According to the Foreign Investment Agency (FIA), an arm of the Ministry of Planning and Investment (MPI), by the end of March 2018, China had pledged 1,883 investment projects in Vietnam, totaling $12.4 billion, ranking seventh among 126 countries and territories investing in Vietnam.

In March 2018, 76 new projects with total capital of $200 million were licensed, including 11 expansion projects. If counting $120 million worth of Chinese capital contribution into Vietnamese enterprises, the total newly registered capital from China was $338 million in the month.

The new projects included the expansion project developed by Vina Cell Technology. The investor decided to pour more than $100 million into its solar panel factory in Bac Giang after two years of operation.

Despite large-scale projects worth hundreds of millions of dollars and the high number of capital contribution deals (220 in March), the Chinese capital inflow to Vietnam last March was still lower than that of the same period last year, when China, after making big leaps, became the second largest foreign investor in Vietnam.

At that time, China stepped up investments in Vietnam with the projects in fiber and plastics manufacturing.

“This is really a big surprise,” said Tran Dinh Thien, head of the Vietnam Economics Institute, adding that China was never in the top five foreign investors in the years before.

However, analysts believe that China will become one of the leading investors in Vietnam in the long term.

China has poured big money into huge projects in the Philippines, Malaysia and Thailand.

In theory, the ODA (official development assistance) loans from the World Bank ended in July 2017, while ODA preferential loans from ADB (Asian Development Bank) will terminate in January 2019.

Some experts pointed out that though Chinese investment capital does not bring benefits in terms of the environment and technology, Vietnam cannot refuse the important capital source.

The best way to deal with Chinese capital is to take full advantage of the capital for development and minimize the negative effects.

Experts said Vietnam should learn from the Finland-Russia relationship. Finland receives a large amount of capital from Russia, but it uses the capital selectively, focusing on technology and economic development.

FDI to Vietnam is mostly from Asia, with South Korea ranked first