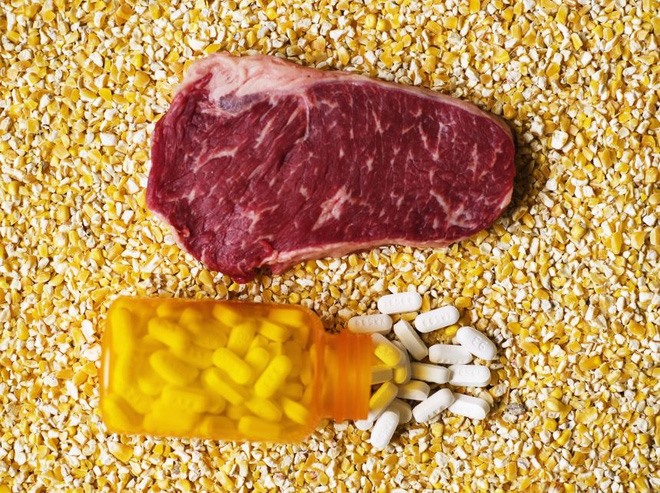 Accordingly, antibiotics importers are only licensed to import antibiotic materials to produce veterinary medicines that are granted certificates for circulation in the market or listed as permissible in Việt Nam.

Currently, there are 57 types of antibiotic materials on the list.

While seeking licences to import a batch of antibiotic materials, the importers must report on the use of the previous shipments and other information such as the addresses of the sellers.

“The traders are not permitted to sell the antibiotic materials to establishments which are not licensed to produce veterinary medicines,” Đàm Xuân Thành, deputy director of the ministry’s Veterinary Department said.

They are also not allowed to sell antibiotics to veterinary medicine dealers, who can then sell them to people to prevent and cure diseases in their animals, livestock and sea animals, and cannot even sell them directly to breeders and farmers for use, Thành added.

The overuse of antibiotics in breeding not only adversely affects consumers’ health, but also brings Vietnamese firms on the verge of losing export markets.

According to the ministry’s National Agro, Forestry and Fisheries Quality Assurance Department, there is no way to eliminate antibiotic residue in seafood during processing.

Due to chemical contamination and antibiotic residue exceeding permissible levels, many batches of Vietnamese seafood exports have been returned and exporters have received warnings.

Last year, there were 40 batches of Vietnamese goods which were found violating regulations of food safety of import markets, 30 batches less than in 2015. However, the situation has not been addressed seriously.

Most warnings about Vietnamese shipments came from Japan and EU partners.

To prevent the overuse of antibiotics in sea animals’ breeding, the Veterinary Department has temporarily ceased giving licences for the import of antibiotic Enrofloxacin.

Six firms were also suspended from operation from three to 12 months for violating regulations related to antibiotics trading.

Thành suggested that shipments receiving warnings of antibiotic residue be investigated to identify the violators.

He also asked the Ministry of Health to cooperate with the department in supervising the use and import of material antibiotics to produce medicines and ensuring that the sales of medicines comply with doctors’ prescriptions.