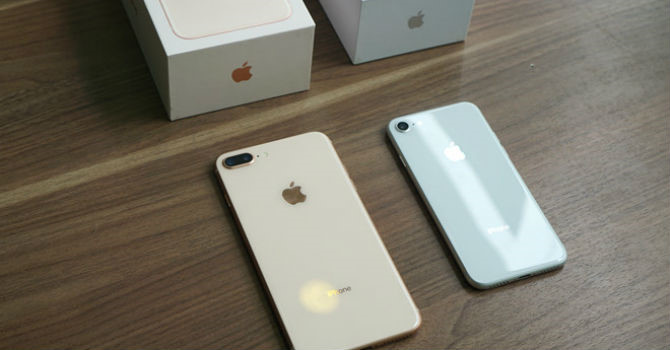 Authorized resellers such as The Gioi Di Dong and FPT Shop are selling products at the  official quoted prices, while second-class agents such as CellphoneS and Hoang Ha Mobile have slashed selling prices to draw customers.

An observer explained that authorized resellers signed contracts on distributing iPhone 8 in Vietnam directly with Apple, so they have to observe the rules set by the manufacturer. This means that they can only adjust the selling prices with consent from the manufacturer.

Meanwhile, second-class agents don’t have such strict ties with Apple, so they can adjust the prices freely in accordance with market supply and demand.

The products carried to Vietnam across the border gates are even cheaper. The iPhone 8 Plus 64GB price has decreased by VND1 million to VND19 million, while iPhone 8 price has been stable at around VND17 million.

The observer commented that the lowering of selling prices by small sale agents has not caused any big changes in the market because 80 percent of genuine products are distributed through The Gioi Di Dong and FPT Shop.

However, though they have cut the selling price, the two big distributors are applying the same sale promotions program.

Under the program which lasts until the end of December, instead of paying VND20.9 million and VND23.9 million for iPhone 8 and iPhone 8 Plus, respectively, buyers are given a voucher worth VND1 million.

The move was done to stimulate demand for the iPhone 8 during the year-end shopping season. iPhone 8 and iPhone 8 Plus are less attractive than iPhone X and need measures to boost sales.

The iPhone 8 and 8 Plus have older designs and are expensive. Compared with the sales opening of iPhone X, iPhone 8 and iPhone 8 Plus arrived in Vietnam quietly.
RELATED NEWS


iPhone 8 is available, but Vietnamese rush to buy iPhone 7