iPhone 8 is available, but Vietnamese rush to buy iPhone 7 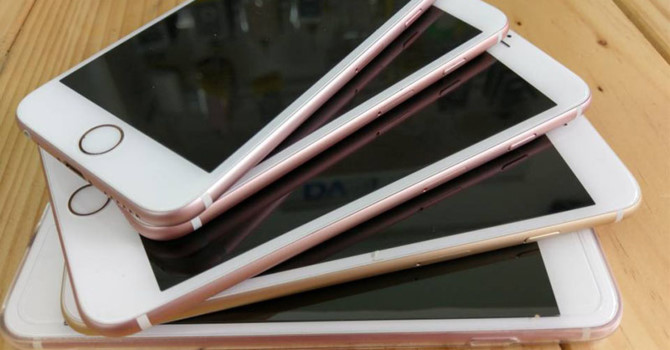 While many businesspeople are rushing to book air tickets to fly to Singapore to collect iPhone 8 and carry to Vietnam for domestic sale, Tuan Anh, the owner of a mobile phone shop on Cau Giay street in Hanoi, is busy collecting iPhone 7s as the demand has unexpectedly increased in the last few days.

Anh said it was a surprise that demand for iPhone 7 is still high, though iPhone 8 is expected to be available in Vietnam next month.

Lac Huy, the owner of a shop on Thai Ha street in Hanoi, said the iPhone 7 price will fall, but not now. “The sales still are going well,” he explained.

Other shops have confirmed that the sales of iPhone 7 and iPhone 7 Plus have been increasing slightly in the last few days thanks to the launch of iPhone 8.

“The next-generation model is offered at VND22 million for the 64 GB version. It is VND10 million more expensive than iPhone 7 32G. The technology upgrades in iPhone 8 are not really attractive,” Huy explained, adding that an iPhone 7 32 GB, imported to Vietnam through unofficial channels, is priced at VND14 million.

Used iPhone 7s are selling at VND10.5 million. At many shops, iPhone 7 lock is the best seller thanks to the reasonable price.

“The upgrades in iPhone 8 are not really impressive. If I had money, I would buy an iPhone X. However, this is only a dream,” Thu Trang, an office worker, said.

Huy said the number of reservations for iPhone 8 and iPhone 8 Plus is quite low. “Customers’ attention is toward the iPhone X, but it won’t be available until November.”

“Not really more powerful than iPhone 7, obscured by the ‘halo’ of iPhone X, it is not surprising that Vietnamese are indifferent to iPhone 8,” an iPhone fan said on a technology forum.

Vietnamese prefer the most luxurious smartphones