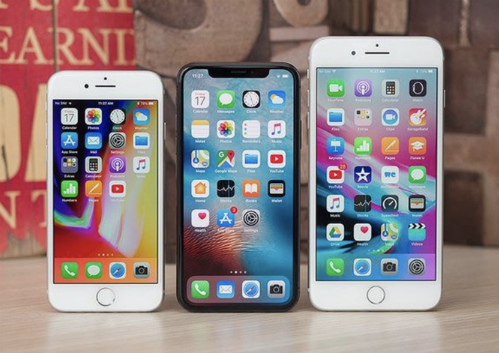 The iPhone X and iPhone 8/8 Plus have seen prices drop sharply just after one year of launch. Private shops have slashed the prices of iPhone X brought to Vietnam across border gates by VND500,000-1.5 million compared with one month ago.

An iPhone X 64 GB and 256 GB sourced from the US and Hong Kong are now selling at VND23 million and VND24.95 million, respectively. Gray products are cheaper by VND500,000 than white, with the same memory capacity.

Refurbished iPhones, which appeared in Vietnam one month ago, have also seen the prices drop by VND1.6 million from VND22.5 million to VND21.9 million for the 64 GB version. Used iPhone X have begun appearing at private shops.

If customers buy products online, they would get the discount of VND1 million. Genuine iPhone X in Vietnam is now sold at VND24-25 million, or 20 percent lower than the prices announced by Apple.

Van, the representative of a retail chain with sale points in Hanoi and HCMC, commented that this year’s iPhone sale season came earlier than usual.

In general, the prices of previous-generation iPhone will begin going down only when the next-generation products hit the market.

Meanwhile, the prices have decreased sharply though iPhone 2018 will be available in the market only in two months.

An analyst commented that the slow sales forced dealers to lower the selling prices to stimulate demand. The initially set prices of iPhone X were high, which discourage even the most loyal fans. The starting price of iPhone X in Vietnam was VND30 million for the 64 GB version, or half as much as iPhone 7 and iPhone 7 Plus.

Not only iPhone X, iPhone 8 and iPhone 8 Plus are also decreasing in prices. iPhone 8 64 GB are available at private shops at VND15.5 million, lower than the quoted price of $699 in the US, while iPhone 8 Plus at VND19 million.

Despite the sharp price falls, analysts believe that it is not the right time to buy iPhone X and iPhone 8/8 Plus. Sources said Apple would launch 3 new iPhone models in September. Therefore, the prices of iPhone X would continue to decrease.

iPhone market chaotic as Apple cracks down on fake phones