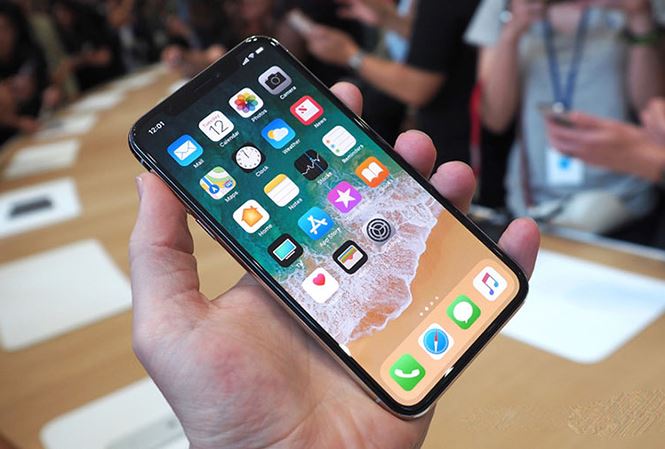 He said the iPhone Xs will be imported directly from Apple by a large distribution company, and will have Apple’s official warranty.

The retail chain predicted that products would be priced at VND30.69 million for 64 GB version (for all colors), while the 256 GB version would be sold at VND35.59 million.

The company will announce when products will be transferred to distribution chains and the suggested retail prices.

In Vietnam, ‘genuine’ iPhone is understood as a product imported directly from Apple and distributed in Vietnam under Apple’s authorization. The genuine products can be warranted at all Apple authorized points.

iPhone X was brought to Vietnam unofficially after it was launched on the world market. Private shops offered the product at a sky-high price of VND40 million for a 64 GB version.

However, the prices have been decreasing in recent days. Many customers have delayed their purchase plan as they have heard about some product errors, while others believe the prices will drop.

“The prices were high some days ago because importers said they were not sure if iPhone X would be available in Vietnam this year. But private shops will have to lower their selling prices,” Vu Hoang Nam, a university student, said.

Tien Phong quoted Nguyen Minh Duc, the owner of a private smartphone shop as saying that iPhone Xs 64 GB was sold at VND40-45 million on November 3-5. But the price dropped by VND2-3 million the next day.

The price has been stable since November 8. Duc quoted prices of VND31-36 million on that day.

On social media and technology forums, there are complaints about the quality of iPhone X. Some said blue stripes appeared on their screens, which run from top to bottom, affecting the display, though the touch operation is normal. Stripes are usually located near the edges of the screen.

iPhone 8 is failing to attract Vietnamese customers, while Dan Tri commented that buyers are no longer willing to shell out a large sum of money for iPhones like previous years.

iPhone 8 is available, but Vietnamese rush to buy iPhone 7