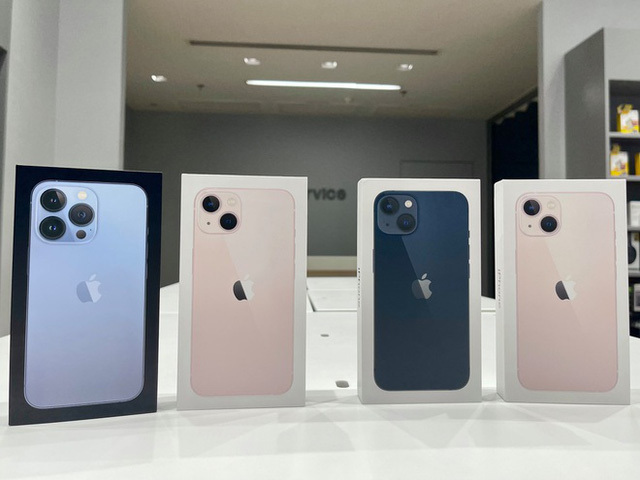 Some smartphone dealers said the prices are at the lowest after a continuous decrease over the last two months. However, the prices of iPhone 13 Pro and iPhone 13 Pro Max are stable as demand is still high.

Since the hand-carried iPhone market is less bustling this year, the dealers said they imported small amounts of products for sale. Some dealers have stopped trading hand carried goods, because the price gap between officially distributed products and hand goods has narrowed. With the current selling prices, dealers make modest profit.

Meanwhile, people tend to buy officially distributed iPhones to be able to enjoy the official warranty.

According to analysts, in previous years, officially distributed iPhones hit the market one or two months later than hand-carried goods which were popular with people who wanted to have the latest generation of iPhones earlier than other people.

However, iPhones distributed via authorized resellers hit the market one month earlier this year, which has made hand-carried products less competitive.

While dealers have lowered selling prices to compete with officially distributed products, they have had to pay higher cost prices because of difficulties in transport during the pandemic.

Even the officially distributed iPhone 13 has seen prices decrease by VND1.5 million from the previous month because of low demand. The iPhone 13 mini 128 GB, for example, has decreased by VND1.8 million in price to VND18.7 million.