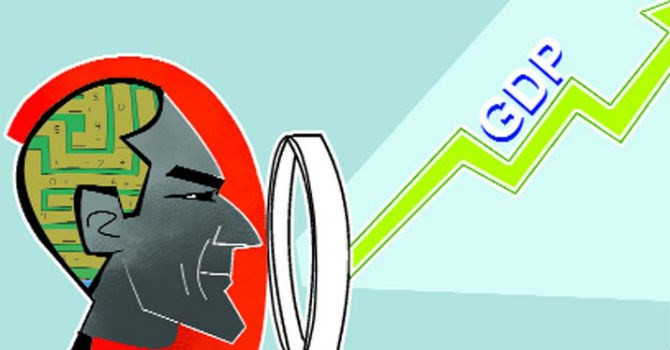 The World Bank (WB) earlier this month updated the new predicted GDP growth rate at 6.2 percent, or 0.4 percent lower than the figure released in January.

The institutions all cited the world economy which is believed to have negative impact on Vietnam to explain their decisions. Brexit, for example, is expected to affect Vietnam’s exports to the EU and the UK. The minus growth rate of Vietnam’s agriculture in the first two quarters of the year has also caused concerns.

The National Finance Supervision Council, in the latest report, though affirming the upward tendency in GDP growth in the long term, also noted that economic growth has slowed down in the short term since the third quarter of 2015.

Vo Tri Thanh, former deputy head of CIEM, said it would be difficult to reach a 6.7 percent GDP growth rate.

Thanh said that economic growth would still be led by the processing, manufacturing and export sectors and foreign invested enterprises (FIEs).

However, the negative growth rate of the agriculture sector and the weak recovery of the world’s economy, especially after Brexit, would make it difficult to obtain the 6.7 percent growth rate.

However, Thanh does not think this is a big concern. “The 6.7 percent growth rate might be unattainable, but 6.2-6.3 percent is within reach. And this must not be seen as a worrying sign,” he said.

Nguyen Bich Lam, general director of the General Statistics Office, is optimistic about Vietnam’s economy in long term. “In 2017-2020, if difficulties are settled, FTAs take effect and the economy recovers, this would create a momentum for the economic growth in the whole development period."