Is China building a Great Wall under the East Sea? 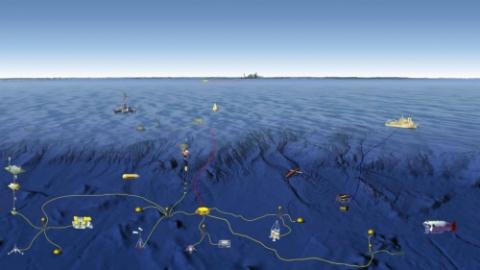 The Global Times reported that China is planning to build a large-scale underwater observation system, compared with an underwater Great Wall, across disputed areas in the East China Sea and East Sea, which serves ‘scientific research’.

According to Hoang Viet, a lecturer at HCMC Law University, a member of the Foundation for East Sea Studies, the plan was first mentioned in February 2017, while the Chinese press has recently reported that the plan was approved by the Chinese administration.

The system, as affirmed by the Chinese side, will serve civil purposes. It will help warn tsunamis and seafloor seismic activity and will serve natural resource exploration and exploitation.

The Global Times also quoted Chinese political circles as saying that it will also be used for security and navigation safety purposes.

As China has not said clearly how it would set up an observatory system, it is still early to comment about it.

On the other hand, setting up and implementing the plan are quite different. China has many times drawn up plans, but it has failed to implement them.

Therefore, the Chinese plan on building an observation system appears to focus on showing off its strength in the waters.

“China wants to prove they are in the process of becoming an ocean power,” Viet said.

China installed the Haiyang 981 oil rig which was deployed in Vietnamese territorial waters in 2014.

However, to date, the Chinese mass media has not reported the economic efficiency of the oil rig. For instance, they have not said how many oil fields have been found so far.

The oil rig has been serving China’s major purpose of demonstrating its maritime power.

“And so will the underwater observation system,” he said.

An expert on China said China still had not revealed the detailed plan on how the observation system would be deployed. However, he is sure that it will use submarines.

He cited specialists as saying that the observation system could be an ‘underwater spy system’.

According to IHS Jane's, this could be a network of sensors under the water which aims to record the navigations of foreign vessels going across waters and the operation of US and Japanese submarines.

He said Chinese actions often cause concerns to countries because of Chinese military attempts.

India recently stated it wants to build a natural disaster warning system, and the plan has been applauded, but China’s actions are different.