Japanese investors are profitable in all areas in Vietnam

VietNamNet Bridge - Japanese investors have poured money in all sectors of business in Vietnam, including many high-profit industries such as agriculture, real estate and M&A.

VietNamNet Bridge - Japanese investors have poured money in all sectors of business in Vietnam, including many high-profit industries such as agriculture, real estate and M&A. 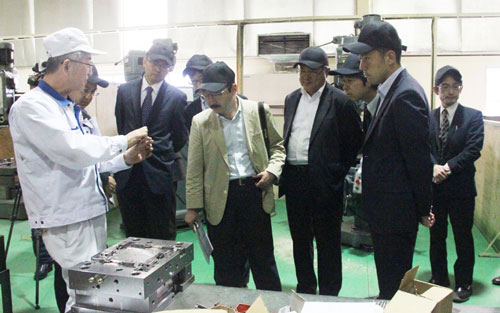 Japanese investors invested in 32 out of Vietnam’s 63 cities and provinces in the 11 months, with northern Quang Ninh province attracting the most, $343.65 million, or 20 percent of the total.

According to a report on foreign direct investment in the January – November period of 2015 from the Foreign Investment Agency and the Ministry of Planning and Investment, Vietnam registered 1,855 new foreign projects with total capital of $13.55 billion and additional capital of $6.66 billion in 692 existing projects.

Manufacturing and processing received the most Japanese investment, with 99 new and 77 expanded projects with capital of $922.9 million, or 53.5 per cent of the total.

The second most popular field was construction, with eight new projects and one existing project adding capital, totaling $355.9 million, or 20.6 percent, then real estate, with investment of $146.84 million, accounting for 8.5 percent.

The primary method of investment was 100 percent foreign investment, with 233 new projects and 115 projects adding capital, $1.3 billion in total and accounting for 75.6 per cent. Build-operate-transfer (BOT) projects also received a significant amount, $343.65 million, or nearly 20 per cent.

At the conference on Vietnam - Japan investment promotion held in September this year in Vietnam, Mr. Hiroyuki Ishige, Chairman of the Japan Trade Promotion Organization (JETRO), said up to 70% Japanese enterprises desired to expand investment and production in Vietnam.

Many of the world's leading electronics and manufacturing enterprises, such as Nikon, Canon, or Mitsubishi, wanted to expand production lines to Vietnam to take advantage of the Trans-Pacific Partnership Agreement (TPP) and Vietnam’s free trade agreements.

Prof. Nguyen Mai, President of the Association of Foreign Investors in Vietnam, said the diversified shift of investment and the increase of investment in Vietnam by Japanese investors are related to Vietnam’s joining many bilateral and multilateral free trade agreements, including the TPP, the FTA with the EU and the membership of the ASEAN Economic Community (AEC).