Big-headed turtles, or Platysternon megacephalum, is one of the most unusual turtle species in the world which needs conservation. However, due to legal loopholes, the turtles are being traded in the open air at licensed farms.

Big-headed turtles are in serious decline because of the disappearance of primitive forests and excessive hunting for trafficking with other countries. 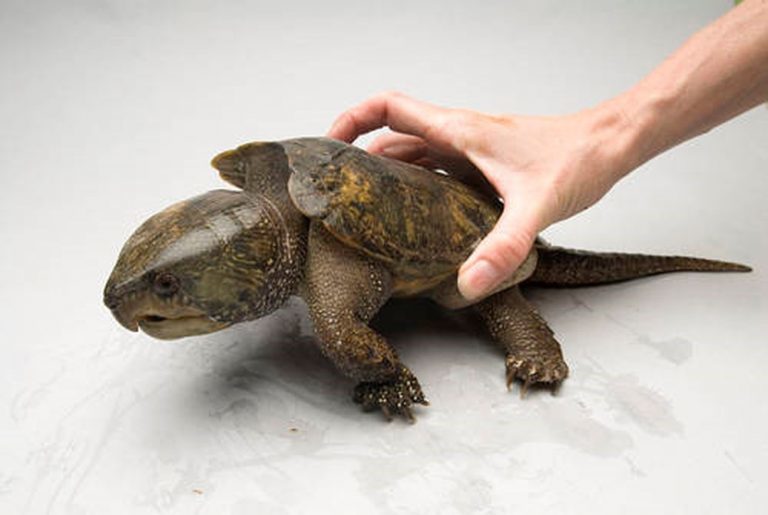 The turtle is found on the IUCN 2017 list of endangered species that need protection, according to ENV (Education of Nature Vietnam). This endangered rare and precious wildlife species is also listed in Appendix I of CITES which comprises species in danger of extinction.

In Vietnam, big-headed turtles are found in the northern provinces of Ha Giang, Cao Bang, Lao Cai, and central provinces of Thanh Hoa and Nghe An.

The turtle has a very long tail (equal to the length of the whole body), and the head (covered with very hard keratin pieces) cannot be inserted into the shell the the upper jaw forms a hook.

Big-headed turtles live in streams in the forests, where the water is clear. During the day, they hide under rocks or lie sunbathing on streams. They search for prey at night.

Their food is invertebrates, molluscs or small crustaceans. In adulthood, their shells can have the size of over 20 centimeters.

The turtles are being traded in the market, but appropriate agencies cannot punish the trading activities because of legal loopholes.

In many cases, traders can present documents to prove the legal origin of turtles from farms which are licensed to raise these turtles for multiplication.

Nguyen Thi Phuong Dung, deputy director of ENV, said appropriate agencies still have not released the list of the species prohibited from raising. As a result, some forest rangers’ units have granted licenses to farms to raise the turtles.

However, ENV has found that all big-headed turtles thought to be from turtle farms, in fact, have illegal sources and are from the wild.

Scientists have proven that this species of turtles find it difficult to exist in farmed captivity. ENV has every reason to doubt that the farms in Vietnam can raise the turtles.

Most of the farms make corrupt use of licenses to trade the endangered turtles, rather than raise the turtles.