Many economic goals are "out of reach": NA deputies 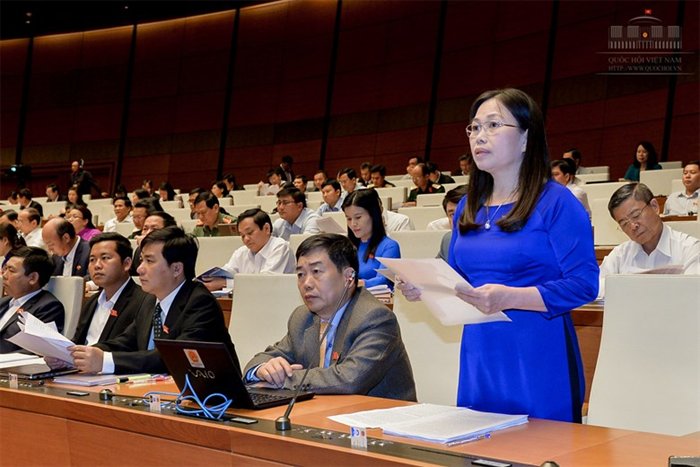 Pham Phu Quoc, a National Assembly’ Deputy from HCMC, compared Vietnam’s GDP per capita with that of other regional countries to prove that Vietnam lags behind economically and pointed out some problems.

First, the rules of the market economy are not respected. Government agencies sometimes intervene into commodity exchange process.

Phung Van Hung from Cao Bang province expressed his concern about the economic structuring project which is tambitious and requires a huge amount of money, more than VND10,500 trillion.

Meanwhile, Vu Tien Loc from Thai Binh province, said he was unable to make up his mind about the targeted society’s total investment capital which accounts for 32-34 percent of GDP, while the savings of the economy is 28-29 percent of GDP only.

As such, Loc said, in order to obtain the GDP growth rate of 6.5-7 percent, the government will have to increase the borrowing.

“How will this affect public debt safety in particular and macro stability in general in the next five years?” Loc asked.

He thinks that the government and the National Assembly should set up the target of obtaining the GDP growth rate of 6-6.5 percent only, while trying to improve growth quality.

“I think the government needs to set up targets which fit our capability, while it’d be better not to set up high goals which are unattainable, or set up low requirements that can be fulfilled easily,” he said.

Loc warned that the setting of a high GDP growth rate target could lead to macroeconomic uncertainty, because Vietnam will have to mobilize resources to implement the task.

Commenting about socio-economic development plan, Nguyen Huu Cau from Nghe An province said he was anxious about the public debt, especially because of debt payment pressure. State-owned enterprises are taking losses and public assets are being used ineffectively.

Cau proposed to the National Assembly not only to tighten public debt management, but also ask to the government to ease public debt. He believes that in 2016-2020, the public debt must not be higher than 65 percent of GDP and no higher than 63 percent by 2020.