Mekong Delta in 50-100 years will be radically different

Scientists predict that in 50-100 years, the Mekong Delta may be one meter below the sea water level because of climate change.

The World Bank estimates that if the sea water level rises by 50 cm by 2050, the floods will cause damage to 193,000 hectares and saline intrusion will affect 294,000 hectares of rice, which mean a loss of 2.6 million tons of rice a year, or 13 percent of the delta’s rice output. 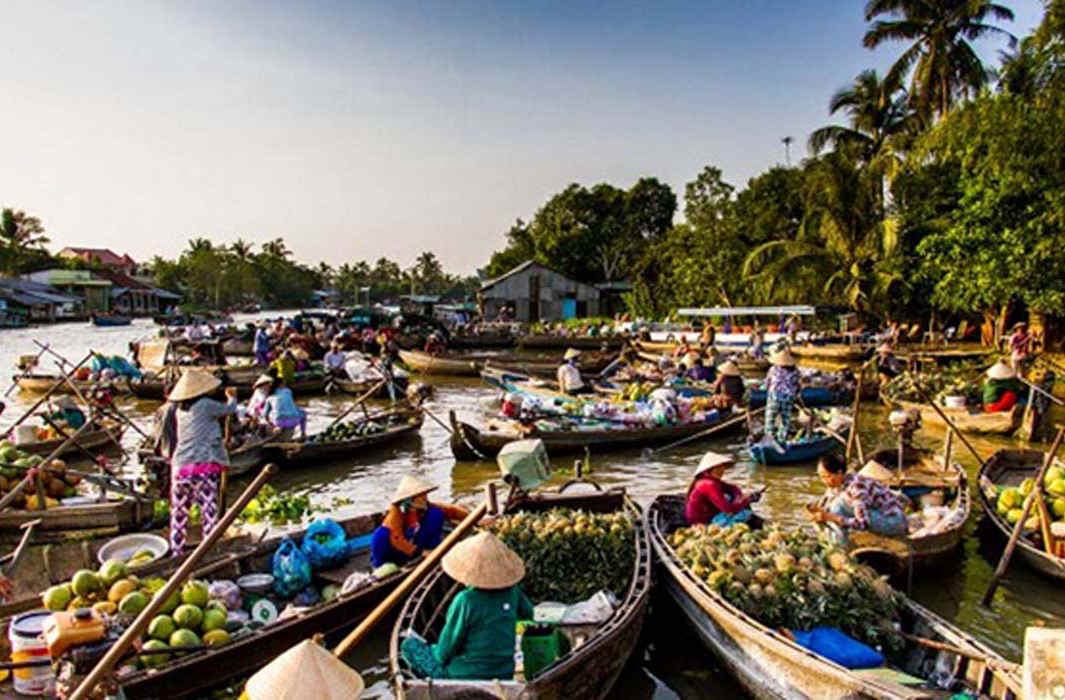 An IPCC report showed that with the current greenhouse gas emissions, the global GDP may decrease by 1-3.3 percent because of climate change by 2060. For Vietnam and Mekong Delta, the figure of 2.3 percent has been predicted by the World Bank. Meanwhile, MONRE estimates a loss of 0.7 percent of GDP.

However, the biggest problem is that the poor will suffer the most in climate change. Twenty-five percent of the poorest people are expected to see a 4.5 percent decrease in their daily spending.

Scientists predicted that sun, heat and high humidity may lead to a 20 percent loss of labor productivity in the globe. The impact is extremely serious for developing countries, where productivity makes an important contribution to GDP growth.

In the Mekong Delta, climate change would lead to a productivity decrease worth VND4 million a year for each farmer.

The World Resources Institute estimated that if the sea water level rises 0.3-0.5 m, the damages to infrastructure may be up to $2 billion a year in Can Tho City and $500 million in Vinh Long city.

The damages to rural infrastructure in Mekong Delta are estimated at $11 billion a year, with damages mostly seen in Ca Mau, Kien Giang and Ben Tre.

IPCC believes that with the scenario of the sea water level rising by 1 meter by the end of this century, the Mekong Delta would lose 70 percent of mangrove forests.

According to the Institute of Strategy and Policy on Natural Resources and Environment, the mangrove forest ecosystem in Mekong Delta has the value of VND2.95 trillion a year.

Should Mekong Delta have many small reservoirs or a few large ones?

About 95,600 households in Mekong Delta face freshwater shortage because of drought and saline intrusion.