Mekong Delta saline intrusion to be worse this year

The General Water Resources Directorate has predicted that saline intrusion in Mekong Delta this year will come earlier and be more serious than in 2015-2016.

It said the situation will be exacerbated under the impact of climate change and the hydropower dams on the Mekong’s upper course. 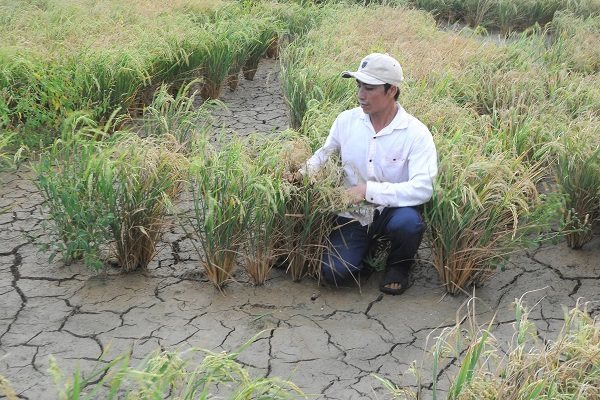 Researchers pointed out that the seven dams China built on Mekong’s upper course have led to the reduction of the sediment flows downstream. There are 500 points along the riverbank and the seaside suffering from serious erosion.

Tuoi Tre reported that China has stated it will release water from the Jinghong hydropower dam in Yunnan province from March 15 to April 10, to provide water to help ease the water shortage in downstream countries.

However, experts doubt the water release would help Vietnam’s Mekong Delta escape the drought and saline intrusion which is attacking the area.

According to Nguyen Huu Thien, an independent expert, Mekong River has two big sections. The one running across China, more than 2,000 kilometers, is called Lan Cang, and the other is the Mekong.

Though the river section running through China is long, the width of the basin is quite narrow, so the amount of water is not large.

“Chinese hydropower dams mostly have impact on the sediment and sand in the Mekong Delta. The amount of water is not the main problem; it only matters in dry years, with little rain,” Thien explained.

In 2019, when El Nino occurred, the rainfall was very low. This is the biggest reason which explains why Mekong Delta doesn’t have floods and why it is facing serious drought.

There are three possible scenarios for hydropower dams.

Third, in dry years, as the rainfall is low, drought and saline intrusion are more serious. Hydropower plants worsen the situation.