Le Anh Tuan, deputy director of the Institute for Climate Change Studies, an arm of the Can Tho University, said the effects of climate change are increasing in Mekong Delta, with extreme conditions such as high temperature, drought, saline intrusion, high tides and riverbank erosion. 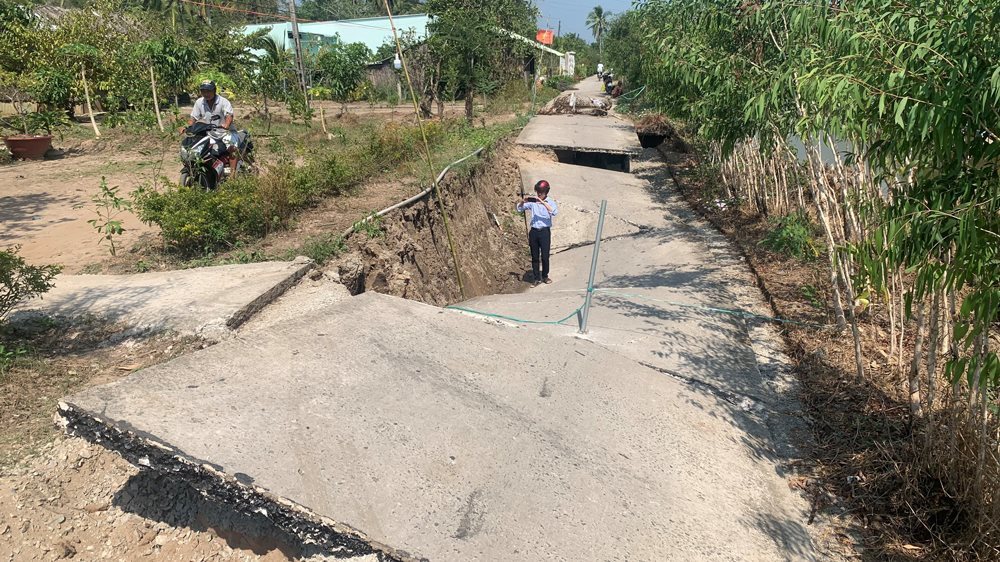 Mekong Delta is under pressure amid climate change

In Can Tho City, the high tides have inundated many areas in recent years. Ninh Kieu and Binh Thuy districts are the hardest hit areas. In February 2020, drought and saline intrusion penetrated into Cai Rang district, with the salinity measured at 3.1%, the highest level so far.

Can Tho is also facing many challenges, from landslides to thunderstorms, causing big damages in lives and properties. A report of the municipal authorities showed that in 2011-2019, natural calamities caused 59 deaths and injured 21. Meanwhile, nearly 2,000 houses were damaged and 6.7 kilometers of roads were eroded.

Since Ca Mau province has three sides facing the sea, it is most affected by climate change. In the 2015-2016 dry season, the drought and saline intrusion in the locality damaged 64,000 hectares of rice and 9,800 heads of poultry and cattle. About 10,000 households lacked clean water for daily life. The total loss was estimated at VND1.5 trillion.

Though the 2020 dry season has just begun, the drought and saline intrusion have caused damage to more than 18,000 hectares of rice, 3.6 hectares of crops and caused the lack of water to 20,000 households. As many as 912 landslide spots have been found with total length of 22 kilometers.

In Hau Giang province, according to the provincial Steering Committee on Natural Disaster Prevention and Control, in 2019, thunderstorms collapsed or blew the roof off 220 houses, and caused riverbank landslides at 46 spots, an increase of 26 spots compared with 2018. Since late 2019, landslides have been occurring often, especially in Chau Thanh district, though it is now the dry season.

The Hau Giang provincial Department of Natural Resources and the Environment reported that the analyses of water samples from Xang Xa No canal, Lai Hieu and Cai Con Rivers found organic pollutants from waste and waste water.

Underground water in Mekong Delta is seriously polluted, partially because of the uncontrolled well drilling. In recent years, people and enterprises in the provinces of Hau Giang, Soc Trang and Ca Mau have drilled 291,000 wells to exploit underground water for daily life, crop watering and aquaculture.

Tuan believes that it would be better to build local water storage works instead of large works, which are a big waste and harm the environment and biodiversity.