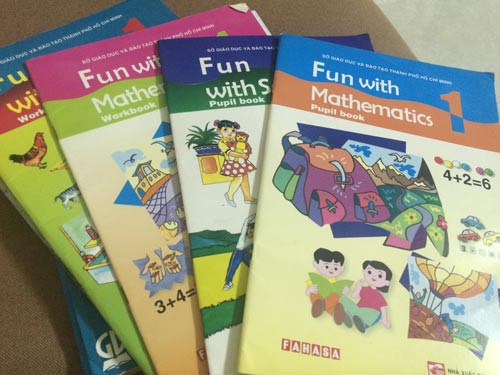 At least 472,000 students attended the English test, but only 10 students got 10/10 score for the test. A report of the Ministry of Education and Training (MOET) showed that the average score students got was 3.48. More than 88 percent of students had below average scores.

The bad scores of 2-2.5 were given to about 200 exam papers. With the result, English is the learning subject topping the list of the subjects with worst results.

MOET’s Deputy Minister Bui Van Ga attributes the low English scores to the gap in training quality in different localities. The quality is not good in mountainous areas and rural provinces, where the learning conditions are very poor, which explains why students there could not get high scores for English.

The low English scores can also be seen in HCMC, the locality which has greatest advantages in teaching English thanks to the city’s big investments in material facilities and training curriculums.

Of 61,000 HCMC examinees, only two received 9.88/10 scores, while there was no 10 score. About 1,500 students got more than 8 scores, while 60 percent of students received below average scores. The result is described as ‘completely disappointing’.

A teacher of English at a high school in HCMC said she was surprised about the bad result. “The exam questions were not too difficult. I thought HCMC’s students would easily get high scores for English. But the result was quite opposite,” she said.

A question has been raised about whether the students’ English skills would be improved to deserve the huge amount of money the state spends to promote the teaching of English at general school.

The 2008-2020 national foreign teaching program which costs VND10 trillion will finish in four years. However, the desired effects remain invisible.

With the program, Vietnam hopes that the percentage of the youth fluent in foreign languages and confident in communication will increase considerably by 2020.

According to Nguyen Lan Trung, a senior advisor of the program, one of the biggest problems in program implementation is the lack of teachers of English. There are only 7,000 official teachers for 17,000-18,000 primary schools.