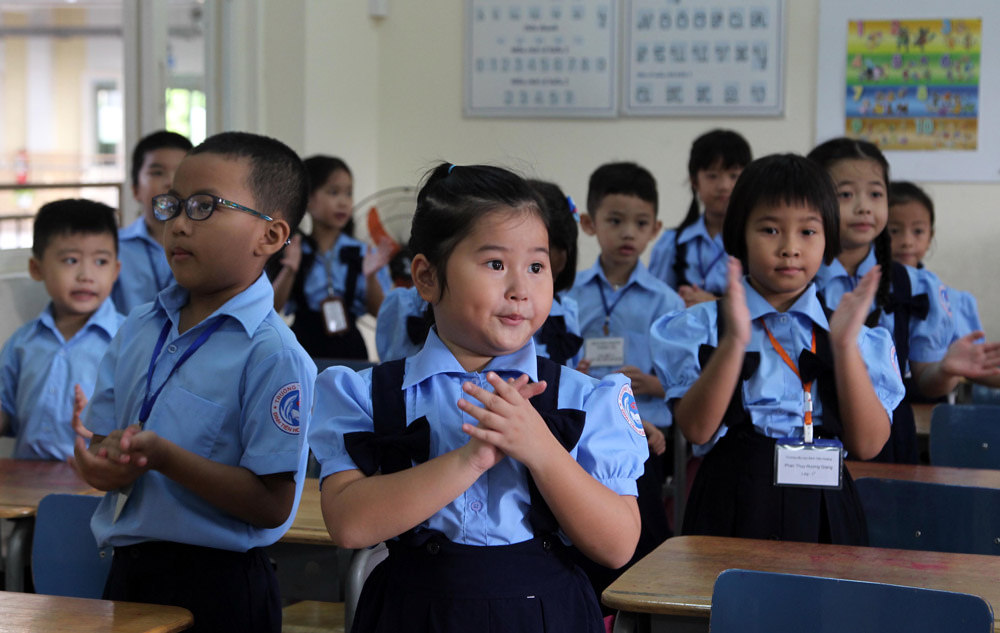 Thu Ha, 36, began learning to read and write at the age of five as arranged by parents. But she said she would not send her son, now three years old, to school before the boy turns six, though he was born in January.

“Manners change with the times. In the past, students did not have to work as hard as students of modern times,” she explained.

“I could read newspapers when I was five years old.  I could keep pace with my classmates, who were all older than me,” she said. “But now, students have to study very hard. If I send him to school soon, I would deprive my son of the right to play during his childhood.”

Hoai Thanh, 47, said she went to school earlier than her friends of the same age, and so did her son. She was happy with the time at general school and university, but her son was not.

“My son always complains that he wishes he did not have to go to school before aged six. He said he could not play like his friends,” she said.

“He wept because he had to do home exercises when his friends were playing football,” she added.

Thanh believes that it would be better to send children to school as stipulated by laws and advised by education experts. The ‘early education method’ that many parents are following won’t fit everyone.

She advocates the age calculation method applied by some international schools. Children have to be six years old by September 1 to be eligible to attend the first grade.

Pham Loan, the mother of a five-year-old daughter, said on an education forum that many parents have ‘illusions’ about their children’s abilities.

“They think their children are prodigies if the children can read and write early and they believe that prodigies need to go to school early so that talent can be promoted,” she wrote.

Loan’s daughter was born in December 2012, and she could read when she was two years old. However, she doesn’t think the girl should go to school early.

“Let children play and do what they want rather than force them to study,” she said.

Vietnamese children learning to read and write at ages 4-5

Should children be allowed to ‘grow up naturally’, or shaped in certain ways?