“When seeing us to the entrance gate, Prime Minister Phan Van Khai said: 'Truc, please try to control the internet network wellor we will not be able to explain to the world if we open the internet and then have to close it,"Truc recalled.

VietNamNet Bridge - “When seeing us to the entrance gate, Prime Minister Phan Van Khai clapped my shoulders and said: 'Truc, please try to control the internet network wellor we will not be able to explain to the world if we open the internet and then have to close it,"Truc recalled. 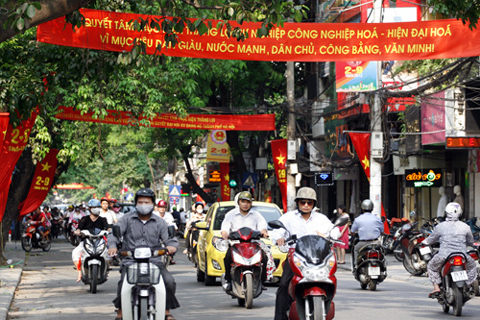 Here is the second part of the interview with Mai Liem Truc, former Deputy Minister of Post and Telematics, former general director of the General Department of Posts.

The IT Press Club has voted you Number 1 in top 10 personalities most influential in the development of internet network in Vietnam. Could you please relate the process of bringing the internet to Vietnam many years ago?

Three conditions were needed to bring the internet to Vietnam.

First, Vietnam’s telecommunication network must be automated domestically and internationally, because the internet at that moment was mainly connected through dial-up line.

As I said above, by 1995, the digitalization and automation had been completely fulfilled, thus allowing to connect all cities and provinces in the country and internationally.

Second, there must be firms which mastered internet and invested in equipment to provide services to the society. Here I have to say about the pioneering role of some units and technical officers who found the way to apply TCP/IP protocol to develop internet such as the Information Technology Institute under the Vietnam Science & Technology Academy (which later developed into the Netnam network), FPT (which developed into Tri Tue Viet Nam – Vietnam Intelligence, or FPT Internet as it was renamed later, and the Khanh Hoa provincial Post (which developed into Vietnet). The network later was merged with VNPT’s (Vietnam Post & Telecommunication Corporation) VDC to become the VNN network.

I had the opportunity to access the internet soon during my working visit to the US in early 1991 to attend an international conference on satellite information. Besides signing with countries the agreements on opening satellite communication channels (except the US which was still imposing the embargo against Vietnam in telecommunication), I had working sessions with the US telecommunication groups, especially AT&T, to lobby for the lifting of the embargo and heard presentations about the internet. However, at that time, the World Wide Web still had not appeared, and there was only email and FTP file transmission.

After returning from the conference, I was determined to work with the General Department of Posts’ leaders to accelerate the development of telecommunication network to meet the country's communication needs in the open era, which was also a prerequisite to bring the internet to Vietnam.

I was invited by Professor Bach Nguyen Khang to the Information Technology Institute and I met the team of Tran Ba Thai, who later became chair and CEO of Netnam. He was researching the internet and asked for my support to obtain a long-distance subscription telephone line with Australia to serve email sending/receiving.

In 1994, the first email from Vietnamese Prime Minister Vo Van Kiet to Swedish Prime Minister was sent via the Information Technology Institute’s Varenet network which connected through a telephone line with Australia. By 1996, VDC, FPT and Netnam all were ready to connect to the global internet.

Third, and most important, there must be approval by the Communist Party’s leaders and the government to connect Vietnam and the global internet.

We heard that Professor Dang Huu and the leaders of the Ministry of Science & Technology were very enthusiastic and gave strong support and contribution to the development of Vietnam’s ICT. Is that right?

Yes, it is. In 1992, as the Minister of Science & Technology, he set up a team of seven experts headed by Professor Phan Dinh Dieu with the participation of Professor Chu Hao and Professor Nguyen Dinh Ngoc. The professors and I contributed to the compilation of the Resolution No 49/CP released in 1993 on the development of information technology in Vietnam.

Huu also proposed and chaired the building of the Party Politburo’s Instruction No 58 dated in 2000 about the application and development of the information technology in Vietnam. He and the leaders of the Ministry of Science & Technology, the General Department of Posts and VNPT explained to high-ranking leaders about the internet development plan in Vietnam.

In order to better convince high-ranking officials about the benefits of the internet, the General Department of Posts joined forces with the State Committee for Overseas Vietnamese Affairs to publish Que Huong newspaper on the internet in February 1996 to provide information about the country’s development to overseas Vietnamese.

In March 1997, Prime Minister Vo Van Kiet signed the decree No 21 promulgating the provisional regulation on the use of internet in Vietnam and setting up the national internet coordination committee.

The then Minister of Science & Technology Pham Gia Khiem was appointed the head of the committee, while Mai Liem Truc, general director of the General Department of Posts, was appointed deputy head.

After several months of preparations, we reported to the Party Standing Politburo. Le Kha Phieu asked a lot of questions about how to prevent state’s secret exposure. We were honest to say that there was no solution to ensure secrets completely, while we talked about the big benefits the internet would bring and the measures to mitigate the negative impact from the internet. 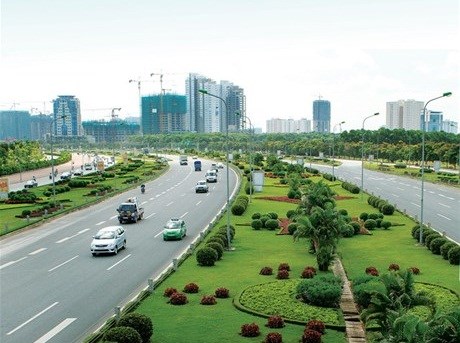 As Phieu told us to report to the Prime Minister, we came to see Phan Van Khai at his home and got his approval. When seeing us to the entrance gate, Prime Minister Phan Van Khai clapped my shoulders and said: “Truc, please try to control the internet network well, or we will not know how to explain to the world if we open the internet and then have to close it”.

On November 19, 1997, on behalf of the national internet coordination committee, we held a press conference and stated the official connection with the global internet.

One of the important factors for developing the Internet is that management thinking must keep pace with development requirements. How do you form that thinking and is this management style still suited to the current development trend?

When allowing to open the internet, the Politburo and the government told us that the internet opening must go along with management capability. We understood the reason behind the request. Vietnam experienced long wars and we were worried about national security.

In the first phase of development, internet went slowly partially because of the dial-up regime, and partially because relevant ministries said it was difficult to control the development. The Ministry of Culture & Information worried about debauched cultural publications and did not agree to allow to open internet cafes.

However, we still tried to persuade high ranking officials to support the new management thinking:"management must keep up with development requirements".

The new thinking, together with the opening of the competitive telecommunication market, was approved by the Politburo in Instruction No 58 released in 2000.

This paved the way for the boom of internet café, empowered with ADSL technology and smartphone later, and the rapid increase of the number of internet users in Vietnam.

Blocked by hurdles and pressured by the embargo