As Christmas nears, colourful decorations have already been sold at various shops and stores along Hang Ma Street in Hanoi.

The Christmas atmosphere has been apparent since late November with many decorations put on display such as the Christmas trees, wreaths, golden bells or snowmen. This year, a nearly one-metre tall snowman decoration has attracted a lot of attention.

Many tourists also like the colourful scene and the decorations they can find at cheap prices.

Some photos of the street: 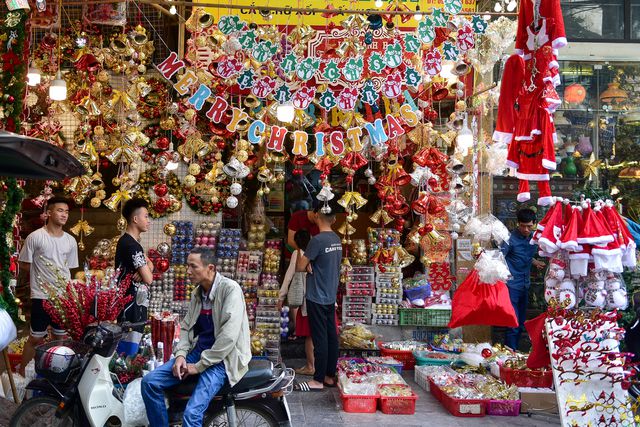 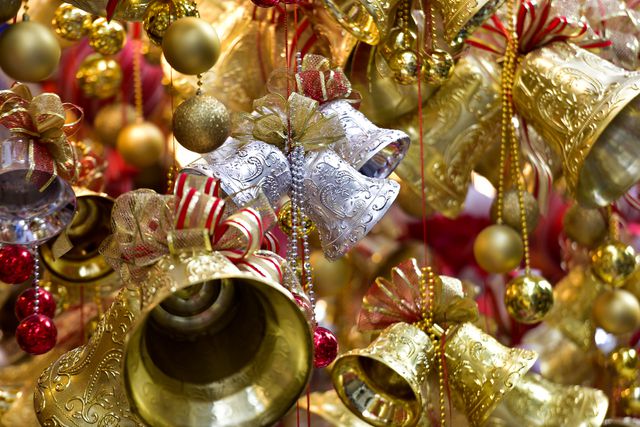 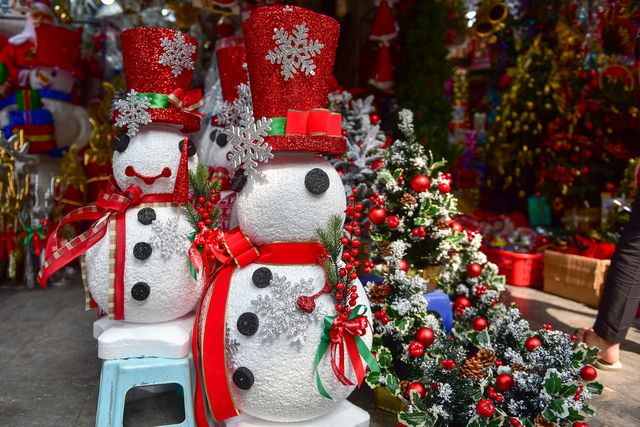 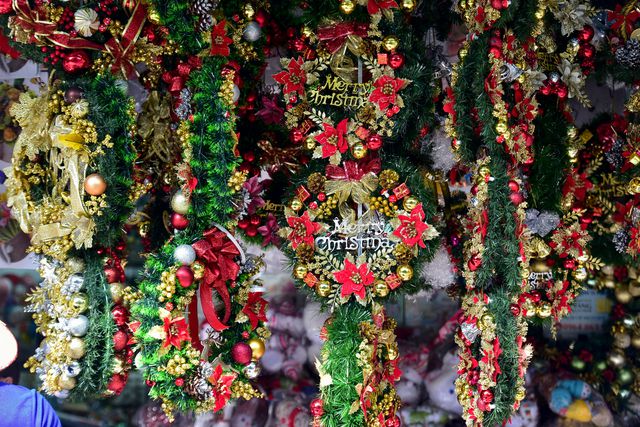 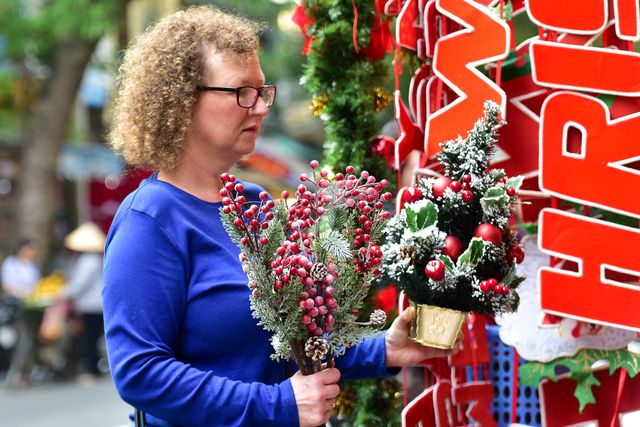 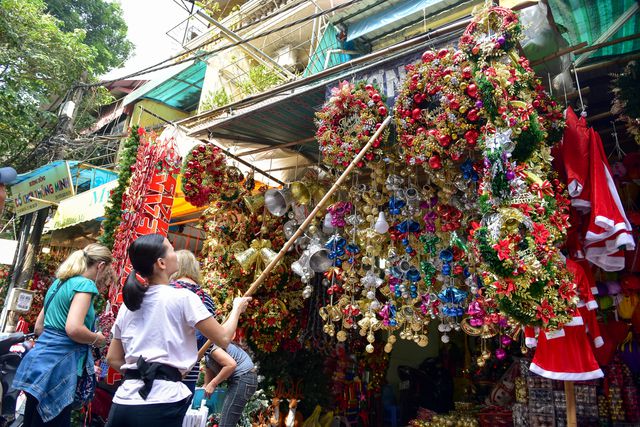