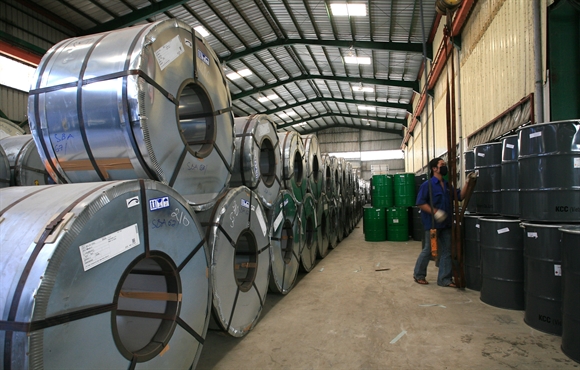 Chinese at the beginning of 2018 banned plastic waste imports, the input material for plastics recycling which churns out plastic beads.

Analysts commented that the Chinese ban has raised other countries’ hope on a new investment wave into the plastics industry and the opportunity of importing materials at low prices once the biggest rival no longer exists.

A high ranking official of the EU said in Reuters that the EU would find other alternative markets instead of China, possibly Vietnam and Malaysia, which can recycle plastic waste.

In 2016, China imported 7.3 million tons of plastic waste worth $3.7 billion, accounting for 56 percent of total imports in the world, while it produced half of the total recycled plastic beads all over the globe.

“This is the opportunity for Vietnamese enterprises to get the recycled plastics market share left by China,” said director of Le Tran Plastics Dang Ngoc Quoc.

“Vietnam needs to import 7.3 million tons of plastic beads,” he said. “We can also export plastic beads back to China.”

According to VIRAC, a market analysis firm, Vietnam’s plastics industry gained CAGR of 11 percent in 2009-2016, and the prospects of the industry are bright with plastics consumption per capita expected to rise to 45 kilograms by 2020.

Alibaba and JD.com, the two biggest e-commerce Chinese groups, have made investments in Vietnam.

With powerful financial capability and experience which put them at an advantage over domestic rivals, Alibaba and JD.com are believed to have big impacts on Vietnam’s e-commerce market. Analysts warned of a possible scenario that more Chinese goods would penetrate the Vietnamese market through the e-commerce networks.

Power, steel technology and capital to be brought to Vietnam

The Chinese government’s policy on restricting the number of coal-fired thermal power  plant to restrict pollution has forced Chinese investors to seek business opportunities in other markets.

Chinese invested coal-fired thermopower plants can be seen from the north to the south, including Vinh Tan, Duyen Hai and Thai Binh.

Similarly, the steel oversupply in China has prompted Chinese steel manufacturers to look for new opportunities in Vietnam.

Some sources said Chinese investors are seeking to buy unprofitable steel mills in Vietnam and turn the mills into the springboard for them to export products to other markets, including the US.

This may spark a trade war and Vietnamese enterprises may suffer the most.
RELATED NEW