Private conglomerates must be pillar of economy: economist 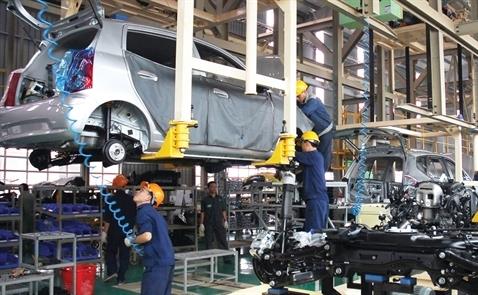 Vietnam’s private businesses remain weak and they still cannot act as an important driving force of the national economy as expected.

Thien believes the government should create favorable conditions for large private economic groups to develop, which will bring about the development of other private companies.

As of December 31, 2016, Vietnam had 477,808 businesses, which is not a small number compared with the population and the current development level. However, two problems have been found.

First, 97 percent of Vietnam’s businesses are small and medium sized, 60 percent of which are very small and use outdated technology.

The number of closed businesses was ‘abnormally high’. An analyst commented that if businesses continue to open and close, the economy would lack ‘adult’ businesses.

Though the government has many policies to encourage the entrepreneurial spirit, the tendency of businesses leaving the market is still growing. At least 31,000 businesses withdrew from the market in the first four months, while the figure was 60,000 last year.

Private conglomerates must be the pillars

“It is necessary to discuss large private conglomerates because they serve as a motive for business development,” Thien said.

Of 500 Vietnam’s largest businesses, the number of real conglomerates is modest and they operate in only some business fields.

This is not because they don’t have potential. The analyst said there is no incentive for them to act as leaders of small businesses. To some extent, they try to exploit the loopholes of policies to do business, but they don’t choose long-term and sustainable investments.