Retail premises in high demand in 2017 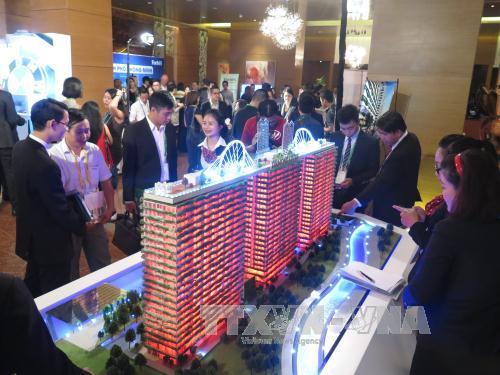 The bustling retail market in recent years has given analysts more reason to believe that retail premises will be in high demand.

Besides retailers from Thailand, who have succeeded in a series of M&A deals recently, the retail market is also being eyed by investors from South Korea, Japan and China.

According to CBRE Vietnam, 17 international brands arrived in HCMC in 2016, three times higher than in 2015. These include Zara, H&M and 7-Eleven which are all following a strategy of rapid expansion in Vietnam.

It is expected that the total leased retail premises area will increase by 500,000 square meters in the next three years, 55 percent of which is under construction, while the remaining is being programmed. Shopping centers will account for 75 percent of total supply in the future.

However, the new projects in central business districts such as Spirit of Saigon and Tax Plaza would only be put into operation by 2019 and 2020. This means that the supply in the immediate time in the city will still be limited, which would help increase the occupancy rate.

The rapid expansion of Vincom and Co-op – Vietnamese retail chains – will also lead to higher demand for retail premises. Vincom, for example, plans to open two shops a day on average.

In Hanoi, the new supply is believed to be mostly from the western part and the inner city in 2017 and 2018. This coincides with the increasingly high number of newly established businesses. By the end of 2016, Hanoi had had more than 22,000 newly registered business, a 19 percent increase.

Vincom Pham Ngoc Thach and Vincom Plaza Bac Tu Liem have been cited by CBRE Vietnam as the most noteworthy projects which will provide 45,900 square meters of retail premises.

The current retail premises supply in Hanoi is 758,216 square meters, while the occupancy rate has improved considerably, mostly at newly launched projects.

As the land fund in central business districts is limited, the major retail premises supply source in 2017 will come mostly from the suburbs, estimated at 106,000 square meters.

Savills Vietnam also believes that though many old projects had to undergo improvement or shut down because of stiff competition in 2016, the retail premises market segment will see positive signs in 2017 and the followimg years.

The average rent of shopping centers in Hanoi has slightly decreased thanks to decreased rent in the suburbs. This has helped increase the competitiveness of the market segment.