It is estimated that licensed games bring revenue of $325 million to game firms and distributors. 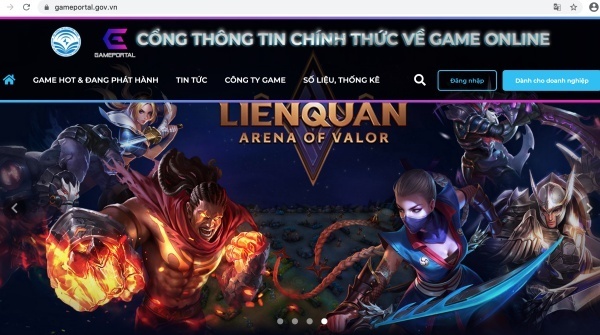 However, revenue from unlicensed games is nearly the same, according to Le Quang Tu Do, deputy director of the Agency of Broadcasting and Electronic Information under the Ministry of Information and Communications (MIC).

He spoke at a workshop reviewing the development of e-information held in HCM City several days ago.

Many firms and individuals distribute games without asking for permission from the management agency and without having the content approved.

This creates unhealthy competition in the market, because prestigious firms have to pay royalties for games and be under state management, while unlicensed games do not.

In an effort to ensure benefits for domestic firms, the agency has repeatedly asked Apple, Google, Facebook and Tik Tok to remove ads and unlicensed games from their app stores.

To date, 121 unlicensed games and games with bad content (gambling and violence) have been removed from Apple and Google app stores. Police units (A03 and A05) have also been dealing with unlicensed games.

According to the Agency of Broadcasting and Electronic Information, as of October 30, 193 firms had been licensed to provide G1 electronic games.

Of these, 50 businesses had their licenses revoked because they were found inactive, did not fulfill procedures requested by the state agency, and were not contactable.

There are 878 games with approved content and scenarios, of which 625 are in circulation.

As many as 253 have stopped distribution. In the first 10 months of 2020, the state management agencies released 152 decisions on approving the content and scenarios of games, an increase of 39 decisions compared with 2019.

The number of firms obtaining registration certificates for G2, G3 and G4 games has reached 106 with 8,332 games granted distribution notices.

The agency has pointed out a problem that the names of game distributors on app stores are not exactly the same names related to the decisions on approving the content and scenarios.

Vietnamese firms whose names are written down in the decisions cannot fully exercise the rights and responsibility in operating the games in accordance with Vietnamese laws because the foreign partners hold control.

Meanwhile, this makes it difficult for state management agencies to decide if games are unlicensed or licensed.

The agency has sent a dispatch requesting service providers to check and display the names of distributors on Apple Store and Google Play, which are the names shown in the licensed granted by MIC.

Vietnamese game distribution firms have been told to be wary of Chinese companies because the foreign partners may insert the illegal ‘cow’s tongue line’ into games.