Central provinces are considering developing a series of coastal urban areas, which has raised concern about the effects on the environment and living space.

At a conference discussing the economic development of the central region held on August 20 in Quy Nhon City, the Ministry of Planning and Investment (MPI) suggested developing modern coastal urban areas. 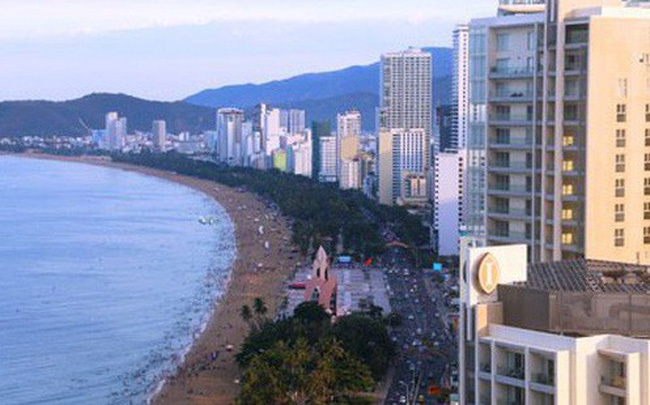 The local authorities have been paying attention to developing coastal urban areas for years. Binh Thuan province, for example, has allowed investors to conduct research and plan complex urban space development on the coastal land strip.

According to Nguyen Van Phong, director of the Binh Thuan Planning and Investment Department, many urban area projects have been registered, but only those which can satisfy the requirements on environmental protection will be approved.

Binh Thuan's view is that development must be in line with environmental protection.

In Khanh Hoa province, Nha Trang City is the central urban area, while the northern part of Cam Ranh peninsula, with 45 projects, and Ninh Hoa Town with coastal areas in the wards of Ninh Thuy, Ninh Diem and Ninh Hai, have been chosen as satellite urban areas. The other coastal areas such as Cam Ranh, Van Ninh and Cam Lam are beibg urbanized rapidly.

Nguyen Xuan Chau, chair of Viet Long, the investor of many coastal urban area projects, commented that the potential is great.

“Coastal urban areas will become satellite urban areas hovering around the core urban area and provincial administration center, which will attract people to live there, thus helping ease the population pressure in the central area, creating a better living environment for the inter-area community,” he said.

He said that the new coastal urban areas must be low rise, have large greenery areas and theme parks located in the middle of urban areas to ensure public space. There must be spaces to attract sea winds inland. Infrastructure items must be put under ground, and rainwater and domestic waste water drainage systems must be separated.

Le Van Thanh Binh, former Director of the Binh Thuan Construction Planning Institute, stressed that there must be a land fund for public purposes, and waste treatment must be put on top priority.

Storm Wipha, the third tropical storm to hit Vietnam this year, brought with it an array of rain, strong winds, and caused flooding in the northeast, north, and central regions of the country on August 2 and 3.