A study of Save the Elephants in 2016 showed that of 49 surveyed shops in Buon Ma Thuot City, 24 shops were selling ivories and elephant products. 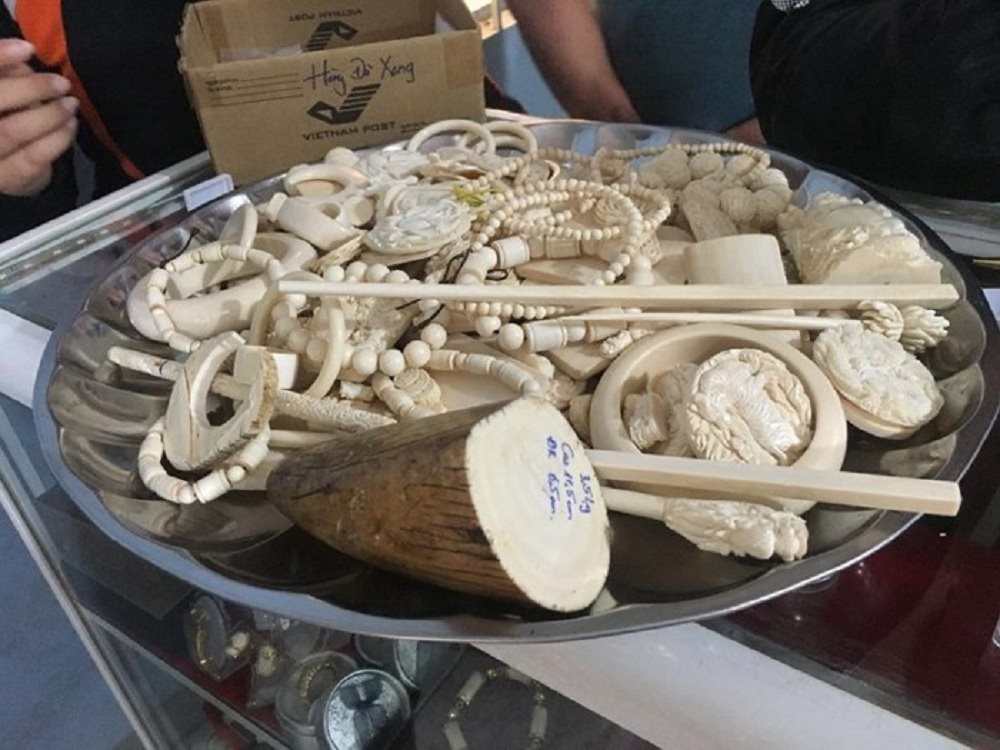 The organizations found 1,965 product items with labels in Vietnamese language which clearly specified the materials and prices. Sixteen out of 23 woodwork shops in Buon Don were found displaying 703 souvenir items made of elephant ivory or other parts of the elephant.

The prices were between VND200,000 and VND8 million for each.

A survey on the elephant ivory trafficking market by Traffic in 2018 found that shops in HCM City, Buon Ma Thuot and Ban Don had the highest numbers of elephant products on sale. At some shops, there were more than 150 products available.

Despite great efforts by agencies to stop the trafficking, the situation has not improved significantly. Ivory and elephant products are not only sold at the shops but online as well.

There are also a lot of websites which offer to sell ivory.

A survey by WildAct found that from mid-2015 to early 2016, nearly 21,000 elephant products, including ivory and tail hair, were offered for sale on social networks.

The most popular products on sale were ivory carvings, accounting for 69 percent of total ivory items advertised on Facebook

The field trips by PanNature in 2019 also found sale of ivory and ivory products in some provinces of the Central Highlands.

In Dak Lak province, the ‘elephant metropolis’, ivory jewelry and elephant products were sold in the open air at the Buon Don tourism site.

According to the Dak Lak Elephant Conservation Center, I 2012-2018, at least 18 wild elephants died in Dak Lak because of different reasons. Some of them were killed by people who wanted to take ivory.

Just within one week, from March 26 to March 31, 2012, three wild elephants were found dead in Ea Sup district with many organs taken away. Even domestic elephants were killed for ivory.

Experts have warned that since the ivory import has become more difficult because customs agencies have tightened control over imports, traffickers eye the herd of elephants in the Central Highlands, both wild elephants and domestic elephants.

In the context of the elephant decline, this will be the ‘final straw’ that will put Central Highlands’ elephants at higher risk.