How should wind power be developed in Vietnam?

With Document No 693 issued on June 9, the Vietnamese Prime Minister has approved the Ministry of Industry and Trade’s (MOIT) proposal to add wind power projects to the national power development plan. 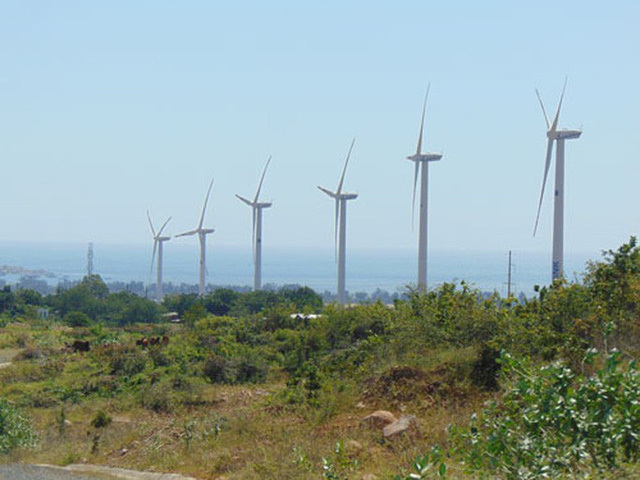 It estimates that by 2025, wind power capacity that needs to be added to the development plan is 11,630 MW, which accounts for 20 percent of total power generation sources.

This means that besides the 4,800 MW of wind power capacity added to the development plan, another 7,000 MW needs to be added.

MOIT also proposed a series of electricity transmission projects, expected to be implemented by the Electricity of Vietnam (EVN).

However, experts have expressed their concern about the overloading of the transmission system.

The typical characteristic of wind power projects, according to Bui Van Thinh, chair of the Binh Thuan provincial Wind Power Association, is the high investment rate, $1.8-2 million per MW for the projects using European equipment, which is twice as much as solar power projects.

This means that the risks faced by wind power project developers are higher than other projects.

Ha Dang Son, director of the Center for Energy Research and Green Growth, said that 12,000 MW is a big capacity compared with the total electricity sources of the nation. He questions how the state would arrange capital for electricity transmission projects if these projects are still not open to private investors.

Son said that in other countries, renewable power sources are developed to serve demand on the spot.

In Vietnam, power plants are built in localities where there are favorable conditions in climate and land, not necessarily high demand. Renewable power projects aren't built in the localities that consume a lot of electricity.

“If Vietnam cannot develop the transmission grid effectively, the value of wind power projects will be wasted,” he warned.

Vietnam could become an emerging wind power market if it removes existing barriers to its progress, experts have said.