Scientists believe regional cooperation will help cope with the effects of climate change. 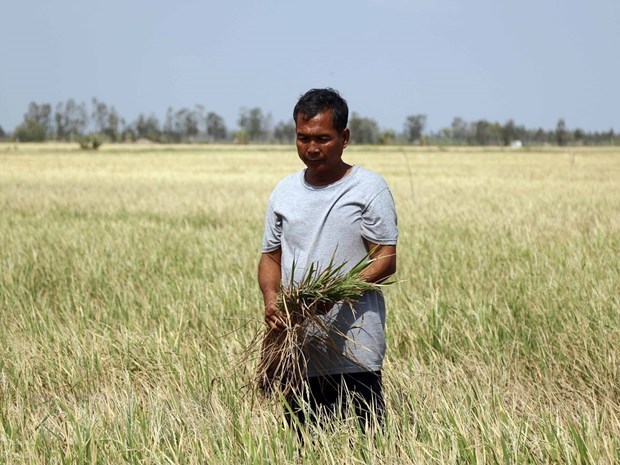 The problems have become even more serious because of the appearance of many hydropower dams on the Mekong mainstream upper course and the overexploitation of natural resources.

The overexploitation of natural resources is a major threat to the ecosystem. The land and water reclamation and intensive agriculture, plus the negative ecological impacts left by the war have significantly reduced the area of natural forests, wetlands and other natural habitats.

Due to coastal protection works, the area of coastal tidal areas has narrowed, reducing the mangrove area which worsens coastal erosion.

As the mangrove forests have shrunk, shrimp hatchery areas have increased and the use of salted underground water for aquaculture, saline intrusion, especially in coastal areas, is getting worse.

Meanwhile, hydropower dams have caused the decline of flow in the dry season and the decline of alluvium. It is estimated that the amount of alluvium reaching the Mekong Delta is 15 million tons only. Saline intrusion will increase in most coastal areas.

Saline intrusion appears earlier by 1-1.5 months than previously. In the years before 2012,l tlsaline intrusion occurred from February to April. In recent years, it began in late December and reached its peak in February.

Since 2010, landslides have increased in both scope and severity, threatening people's lives and properties, seriously affecting the security of disaster prevention works, infrastructure in coastal areas, and degrading coastal mangroves.

The erosion causes the loss of 300 hectares of land and coastal mangrove forests each year. 564 landslide spots with the total length of 834 kilometers have been found in Mekong Delta.

The experts from the Institute of Human Geography under the Vietnam Academy of Social Sciences (VASS) believe that the problems need to be solved with solutions on regional cooperation.

It is necessary to complete coordination to ensure the harmonization of development interests among stakeholders, between immediate priorities and long-term goals, and minimize conflicts of interest among localities, sub-regions in the region, and among economic sectors.