Although there is no common formula suitable to all countries, Vietnam still needs to exploit the support and experience of many countries around the world to successfully implement a program on controlling ocean plastic waste, experts say.

According to AlphaBeta, in 2017, Vietnam had 2.26 million tons of plastic waste, higher than the 1.8 million tons announced by FAO in June 2019. 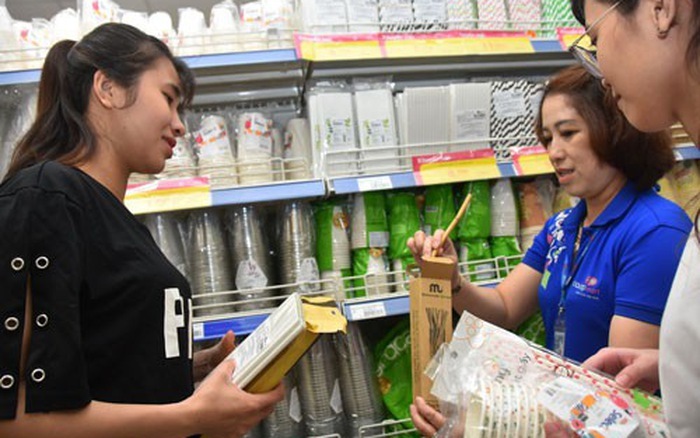 Of this, only 1.22 million tons, or 54 percent of the volume of plastic waste, was collected, while the remaining 1.04 million tons was abandoned, affecting the environment in land and ocean.

Meanwhile, not all the collected plastic waste could be treated or recycled immediately. Because of the problems in the process of collection, transportation and recycling, 13 percent of collected waste, or 160,000 tonsmay come back to the environment.

Ta Dinh Thi, General Director of the General Department of Sea and Islands, at a recent workshop on dealing with ocean plastic waste, mentioned the importance of international cooperation, the participation of NGOs and researchers in supporting the Ministry of Natural Resources and the Environment (MONRE) to build up the national action plan on managing ocean plastic waste by 2030.

Many countries have recognized that plastic waste is a transnational problem that requires the participation of many involved parties.

The ocean plastic waste in some countries could be from many other countries, while the complexity of plastic waste types, which have relations with the consumer products of transnational enterprises with production bases located all over the globe.

The MONRE plan to set up an international research center on ocean plastic waste,m and an open data system is expected to give Vietnam an opportunity to expand the international cooperation with international agencies, organizations and research institutes which also want to share database.

Pham Hung Viet, director of the Laboratory on analysis technology for environment and food safety inspection, said this is the first time Vietnam can go abreast with other countries.

Previously, Vietnam lagged behind the world in pollution treatment. But, in this case, Vientam can join forces with the world to carry out research and find solutions.

However, he said Vietnam still doesn’t have experience treating waste and it needs to learn about management methods from developed countries.

The solutions such as using packs made of environmentally friendly and recyclable materials remain not commonly applied in Vietnam, just 2-3 percent of potential.

This coincides with Ocean Conservancy’s comment which, in its analysis in 2018, noted that the effects in controlling ocean plastic waste would still depend on the readiness and management level of every country.