Nguyen Van Hong, Phan Thi Anh Tho and Nguyen Thi Phong Lan, scientists from research institutes, in their study about the impact of climate change, pointed out that the Mekong Delta faces flooding in upstream areas, saltwater intrusion in coastal areas, acid sulphate soil and the spread of sour water in low-lying areas; the lack of fresh water for production and daily life in the areas near the sea; increasingly serious erosion of river banks and coasts; and water source pollution, both underground and surface water. 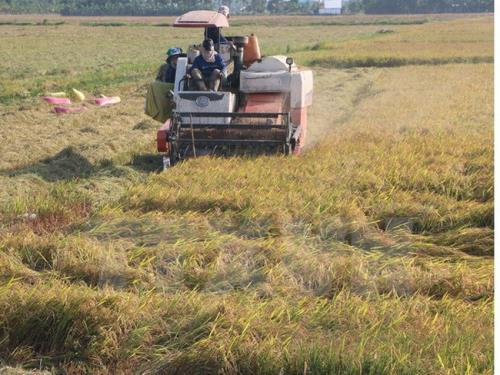 This trend is changing water circulation in nature, greatly affecting water resources. The changes in the river flow regime and high tides will affect saline intrusion there, especially in dry years.

Under the 2016 scenario on climate change, if the sea water level rises by 100 cm and no solution is applied, the Mekong Delta may have 38.9 percent of area inundated. Hau Giang inundated areas accountil for 80.62 percent, Kien Giang (76.86 percent) and Ca Mau (57.69 percent).

It is expected that the population in Mekong Delta will increase from 17 million to 30 million by 2050.

As a result of industrialization and urbanization, the agricultural land area will shrink, which will lead to increased demand for clean water and z higher volume of waste water.

This will put pressure on water sources and many problems will arise, including the lack of fresh water and water source pollution, especially small canals and ditches, running through urban areas and industrial parks.

The development of anti-flood infrastructure, irrigation works, urban transportation and industrial parks has profoundly changed the flood regime. The development of the embankment system and residential areas has reduced the space for flood retention and flood drainage, thus increasing the flooding risk in many areas.

The sea water rise will increase the flood levels in the central area of the Mekong Delta in the long run.

In the mid- and lower course areas, the clean water supply is expected to satisfy the needs of 60-65 percent of urban population, while the figure would be much lower for rural areas.