Hanoi’s Mayor Nguyen Duc Chung has requested the local education and training department to build a plan to re-design the academic year. The plan will be submitted to the Ministry of Education and Training (MOET) and other relevant ministries for consideration. 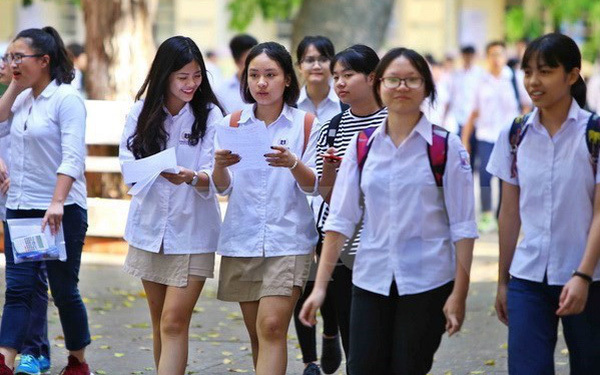 According to Chung, in many other countries, there are four semesters and two holiday periods in winter and summer.

In Vietnam, an academic year comprises two semesters and students only have one long holiday in summer which lasts three months.

He suggested redesigning the academic year and setting many short holidays instead of one long holiday. Students should be allowed to have a 35-day summer holiday, one-month Tet holiday and 2 week holiday for each of the first and second semesters. If so, they will still have 3 months of holidays in total.

Vu Thu Huong, an independent education expert, commented that she can see many strong points in the plan suggested by Chung.

First, parents will not be able to ask their children to go to extra classes after school hours, because the holidays are short. If so, the extra classes movement, which is considered a burning issue, will stop.

Educators say that this deprives students of free time to play.

Second, the study time will be shortened, which eases the pressure on students. And students will have more time for practical experience, which can satisfy the requirements of the new general education program.

Do Thi Dung, a teacher of Duong Lieu Secondary School in Hanoi, also thinks that one academic year with two semesters and many short holidays is more reasonable that one long holiday in summer.

“The summer holiday is too long, while there is no holiday between semesters,” she commented.

However, even the educators who advocate the ‘one academic year with many holidays’ model also think that it is necessary to consider thoroughly before applying it.

Huong warned that the change of the academic year structure will lead to many other big changes, especially in curriculum, teaching plans and secondary school and high school finals.

“It would be better to have two major holidays – winter and summer. One week for spring and autumn holidays would be enough,” she said.

Meanwhile, Dung warned that it will take students and teachers time to gear up again after every holiday.

“Students are always slack after the Tet holiday which lasts 7-10 days and they only regain their concentration two weeks after study is resumed,” she said.

While online education is common around the world, it is unpopular in Vietnam. Online training is provided by some universities, but it is absent in general education.